Pasamonte is an unusual meteorite.  Early work pegged it as a polymict eucrite, but more recent studies have shown that its oxygen and chromium isotopic signatures differ from most eucrites and other HEDs.  Some geochemists have attributed these differences to processes on the HED parent body, but others have suggested that that it is from a different parent body altogether.  We do not currently know for certain if Pasamonte and a few similar ‘eucrites’ are from the HED parent body, or if they came from a different planetesimal.

A summary of some of the work done on Pasamonte, by NASA JSC.

The following stone was part of the collection of Dr. Donald Rathbun, a meteorite collector and hunter working out of El Paso, Texas.  Don was responsible for the recovery of a number of new meteorites from Mexico and the US, including Barrilla.

This stone weighs a little over 27 grams.  It still has its original American Meteorite Museum label, and is numbered 197.86.  The back of the label reads: One of the rare forms that show no nickel-iron grains. 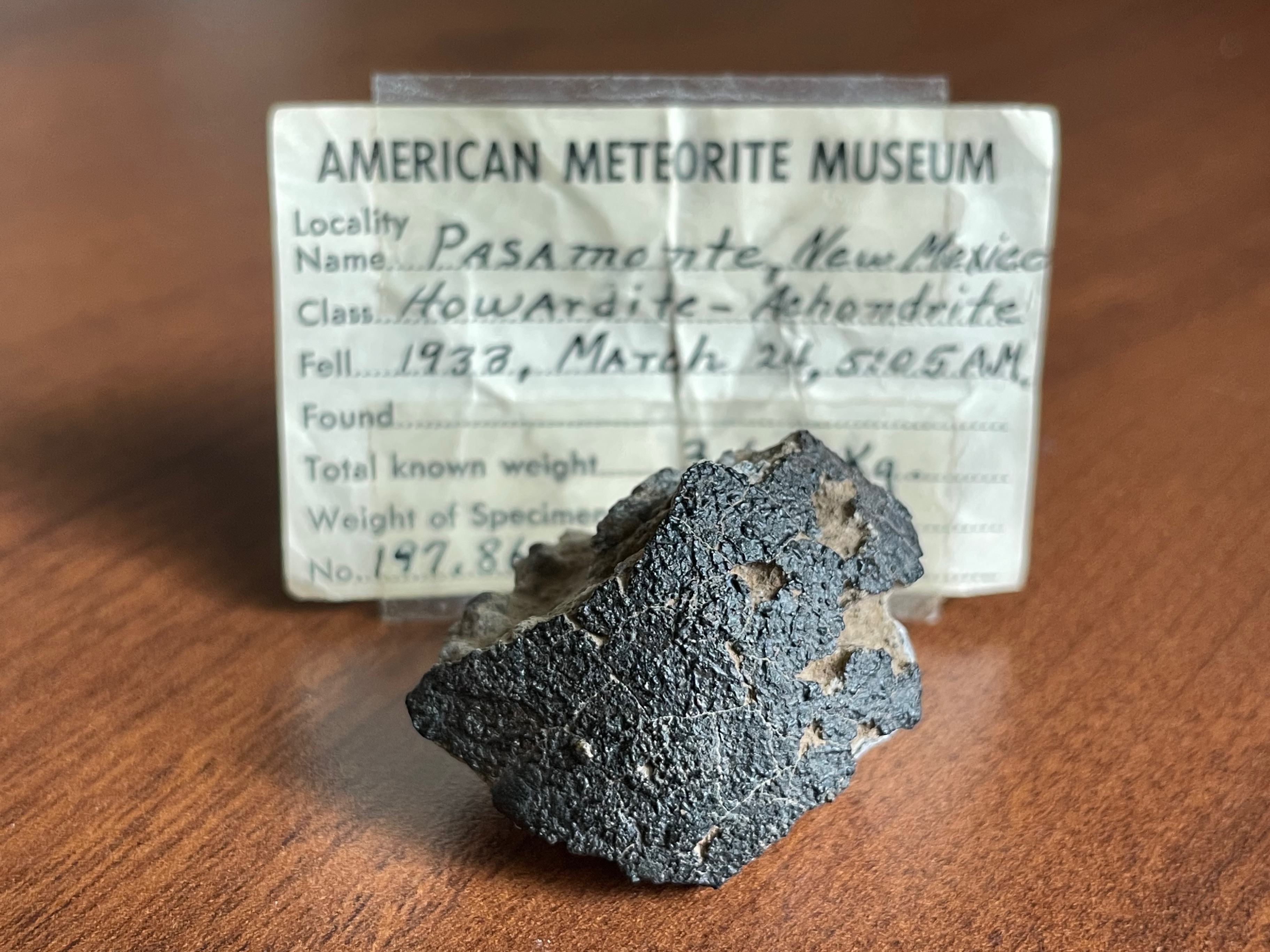 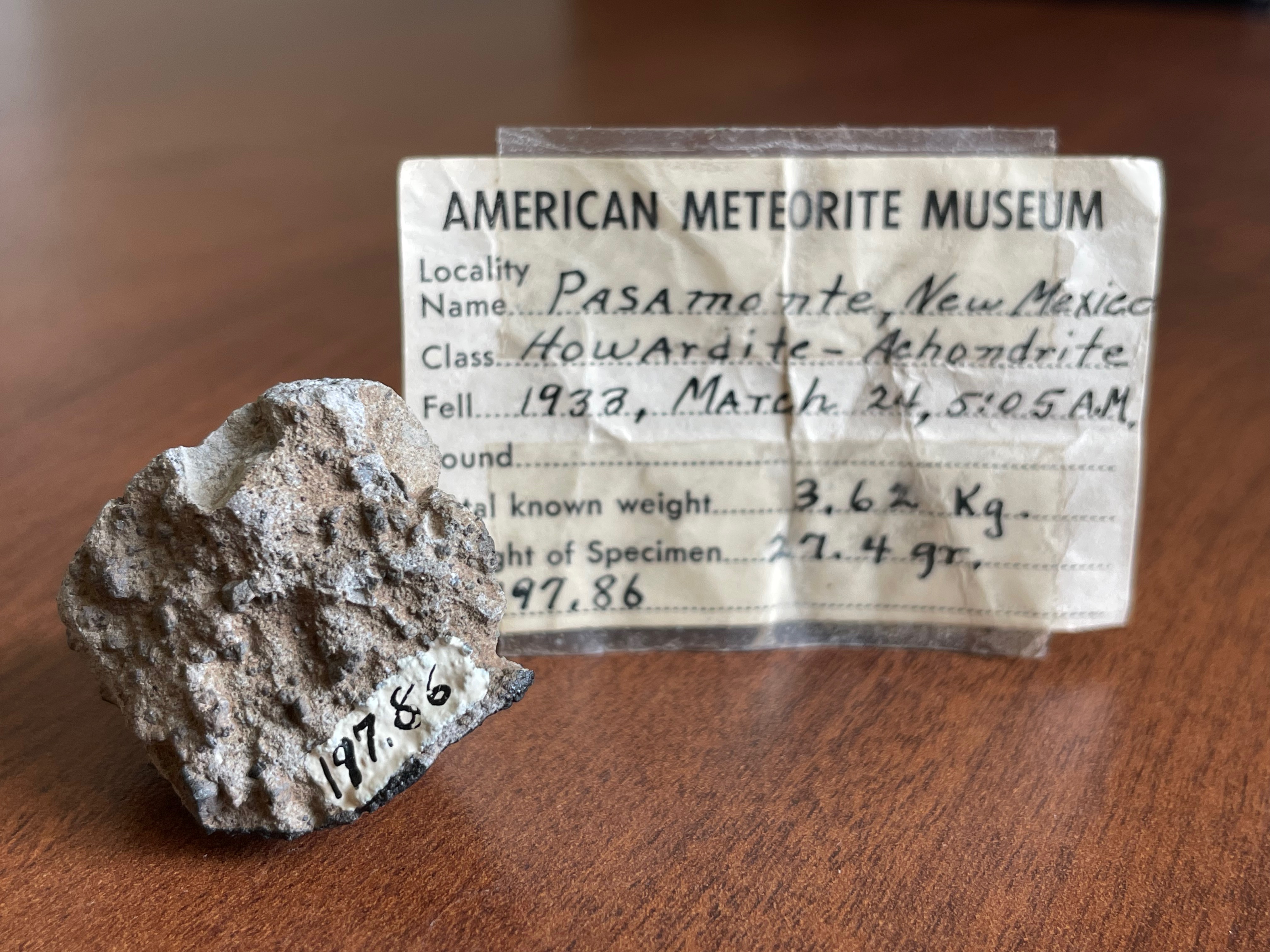 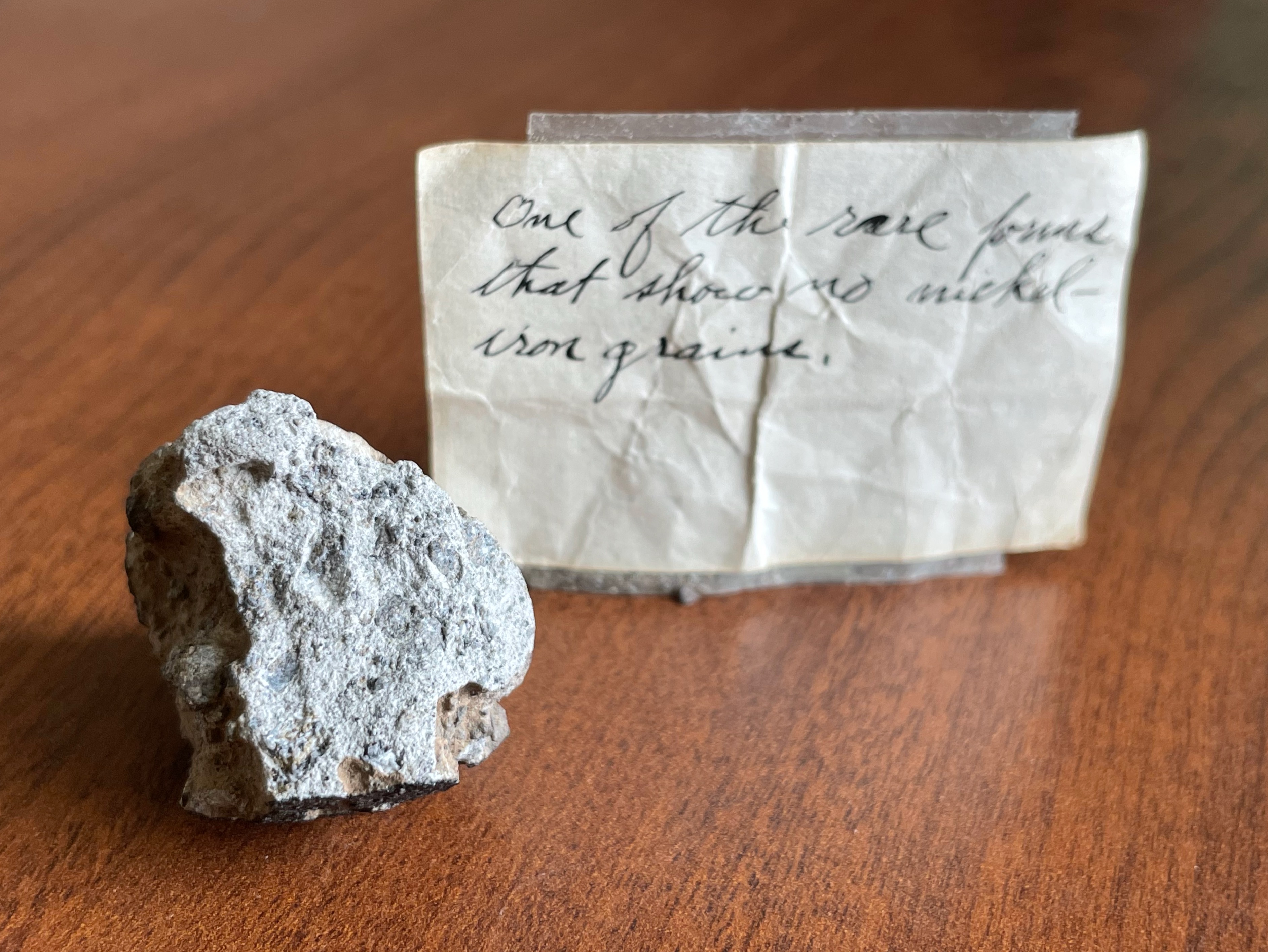 Since the weight on the label roughly matches the weight of the specimen, it appears that this stone was either broken by one of the ranchers who found it (see Nininger’s account of the fall in Find a Falling Star), or was divided by Nininger before it was catalogued.