Allende is heralded as one of the largest recovered falls of the 20th century, and one of the most scientifically important and researched.  Several tonnes of meteoric material fell, providing scientists with a vast amount of pristine primitive material for research.  Its fall date is also important: February 8, 1969.  The United States was readying for its first attempt to land on the Lunar surface, and clean labs were ready and awaiting Lunar samples.  Fragments of Allende were promptly recovered and studied in what were then the most advanced labs ever built.  Modern advances in equipment and isotopic resolution have made even further advances possible; Allende remains one of the most published and referenced meteorites even today.

This 24.525 gram stone exhibits one of the larger calcium aluminum inclusions (CAIs) that I have ever seen.  These refractory inclusions are comprised of elements that condense and solidify at slightly higher temperatures than most silicate minerals; they likely formed a little earlier in the solar nebula, when the disk of superheated gas and dust was too hot for other minerals to have condensed yet.  These inclusions have been shown to be 4.565 to 4.568 billion years old.  They are the oldest macroscopic objects we can see and hold; only microscopic pre-solar grains are older.

A few chondrules can be seen trying to poke through the fusion crust. 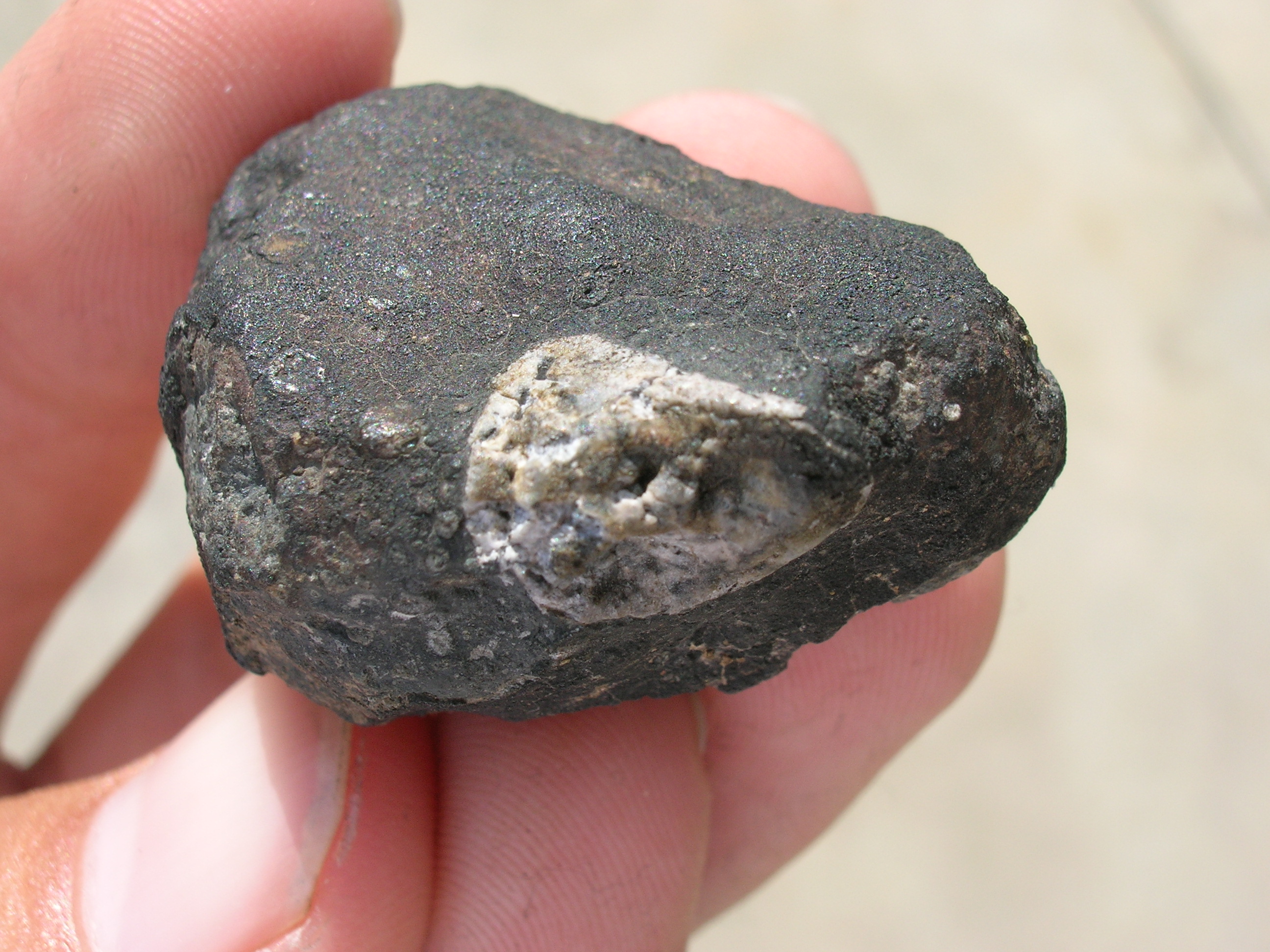