On February 15th, 2009 at around 11AM local time, a small asteroid entered the atmosphere and broke up over Birome, Texas.  Larger fragments were found as far away as Aquilla, nearly fifteen miles WNW.  As hunters descended upon the rural area, Peter and I lamented the fact that we were both busy — he had work and I was in school.

A video of the fireball was luckily captured by a news crew covering a marathon in Austin, Texas, and doppler radar picked up the meteorite fragments and dust as they fell through Earth’s atmosphere.

So, we watched the photos of peoples’ finds come out one at a time while we sat at home wondering if it might be productive or possible to take off for a weekend of hunting. By the time spring break came around, we didn’t know if it was worth going at all, or if the open areas had been hunted by the scores of hunters who descended upon the local fields.

Ultimately, we bit the bullet and decided to head for Texas, arriving the night of March 23rd. Maps showing the strewn field had been published in at least one local newspaper as well as elsewhere online. Nevada meteorite hunter Sonny Clary offered some kind advice about areas that might be good to hunt, and…we had four days to find something.

Our first day was spent walking back and forth across fields that had been walked over countless times by other hunters. The farm we’d found was apparently a hot spot for the early birds, who had paid daily flat rates to hunt on the land. Several stones had been found on the farm, and, while we were there, veteran hunter Derik Bowers managed to find yet another ~10 gram stone by walking carefully through a field covered with 6-8 inch tall thick brown grass.

On day two, we decided to wander off the beaten path. Realizing that most of the roadside/open land was probably hunted thoroughly before the now-tall grass had grown, we decided to strike out in the hope of finding virgin ground. Wandering down an old county road, we came to an orchard crossed by a creek. On the far side of the creek, we quickly stumbled across a black rock! 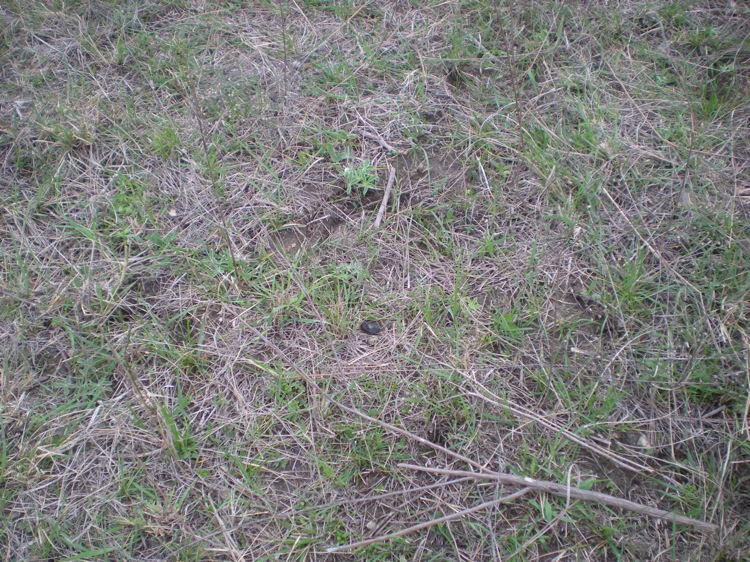 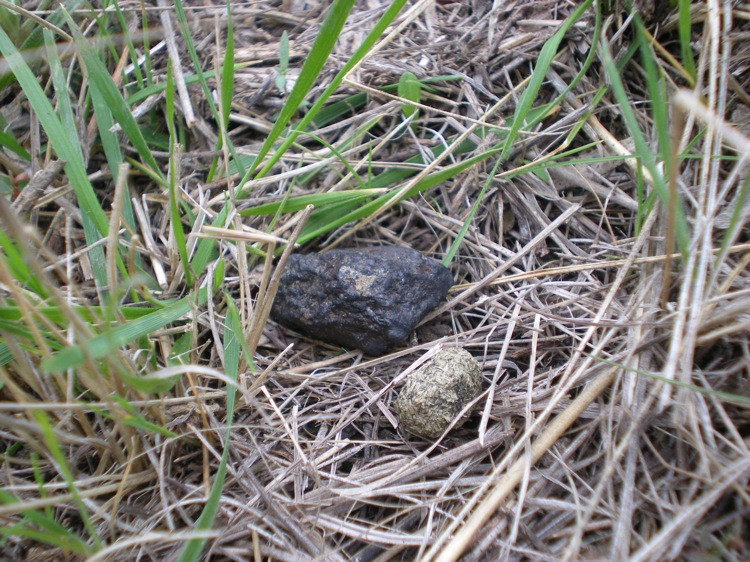 An extensive search of the surrounding area yielded nothing — a rather astounding fact considering that these stones were found within ~20 feet of each other.

While recording the two finds, a storm front rapidly approached from the West. It consisted of a linear wall of clouds that crossed the entire sky. We were forced to flee to a stand of taller trees off of the right-hand side of the photo. After a ten-minute show of lightning and deafening thunder claps accompanied by hail, we ran back to the car. The rental car couldn’t easily make the trip back to the highway, and we had to find brush and boards to wedge under the tyres. I got to push, while the wheels tried to find solid ground. By the time we made it, I was caked with mud and soaked through.

That evening was spent in Aquilla, walking along some local roads. Nothing found. We had some car trouble; the vehicle started making loud repetitive noises after we went over ~30 mph or so. The car’s wheels were unbalanced because they were full of mud (on the insides of the rims).  We stopped at a do-it-yourself car-wash to hose them out.

Day three began with a walk-around at a local school, a park in town, then a helicopter landing area, then a school, etc. We covered a great deal of ground, but didn’t have much to show for it but more local scenery.

We were brusquely turned away from several locals’ farms upon asking whether or not we could hunt. It seemed that the locals were offended by some of the early comers’ practice of paying $1-5 per gram for meteorites found on their land — especially after seeing the first few stones sell for over $100 per gram on Ebay. 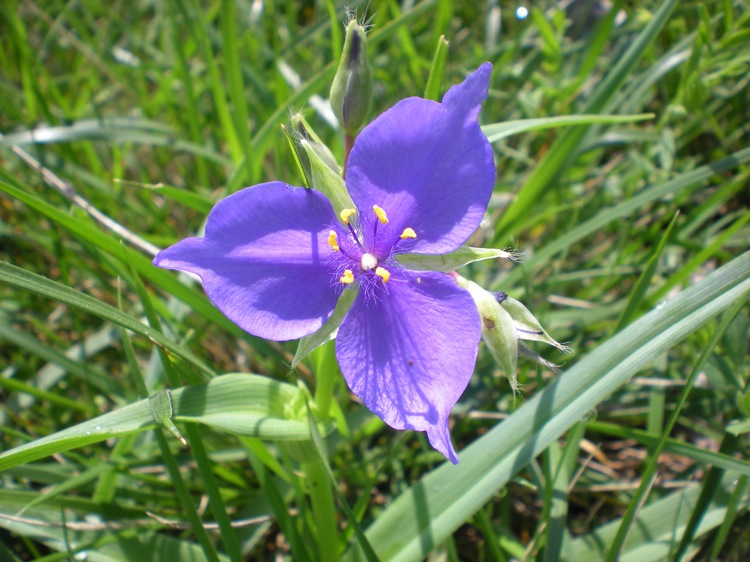 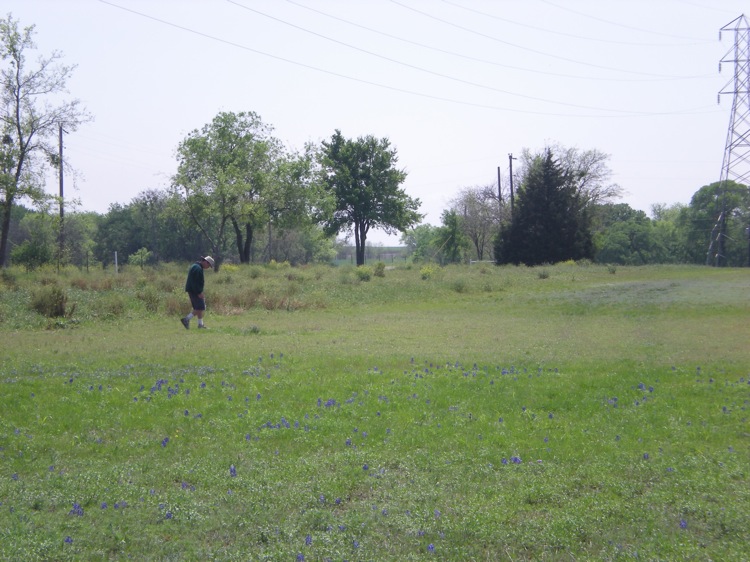 Needless to say, it was a fun day despite the lack of black rocks.

Our fourth day in the field began bright and early, just like the others. We found ourselves wading through the dew-soaked grass near the freeway by six. Half an hour into the hunt, one of the countless black pieces of tyre rubber scattered about….stuck to the end of my cane. 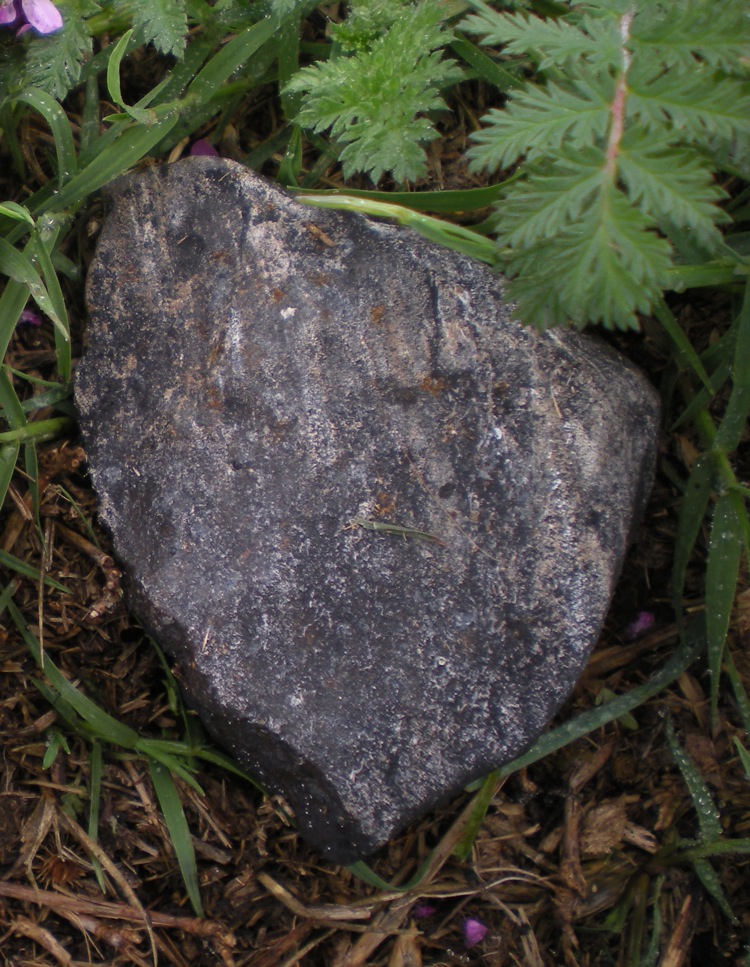 We covered much more ground that day with no additional finds, though the day ended beautifully.

Our final day in Texas dawned much like the others. We returned to the local park and explored some adjacent forest. 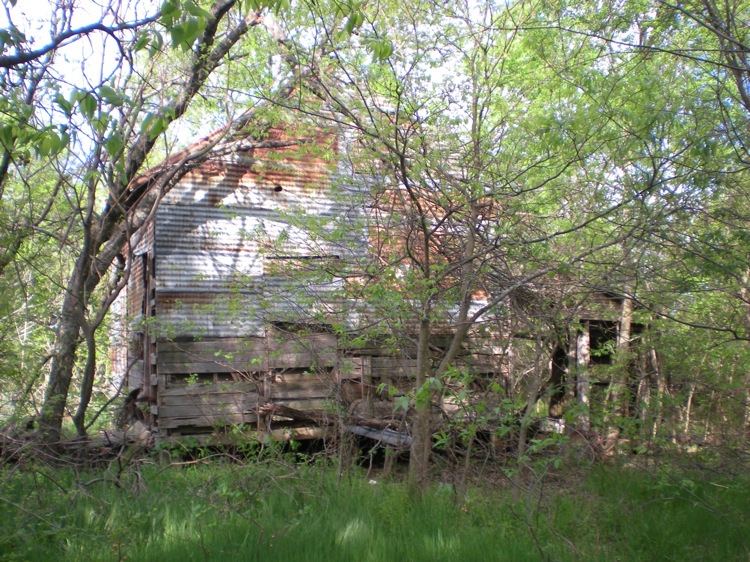 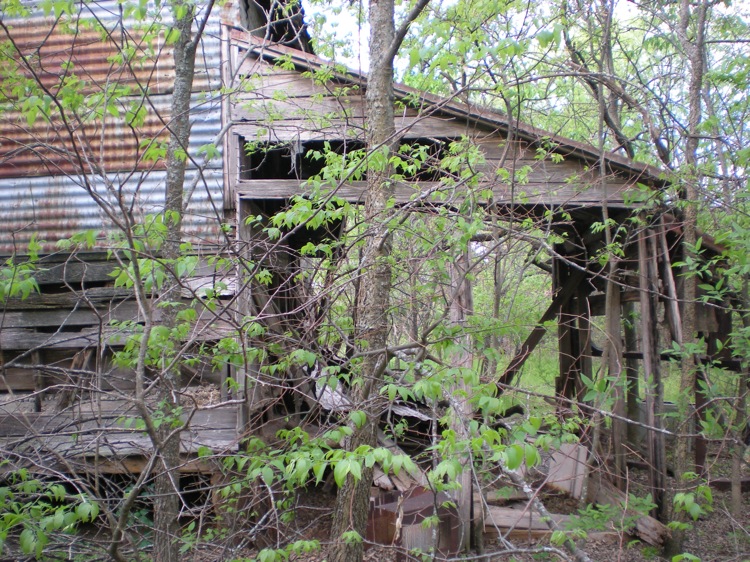 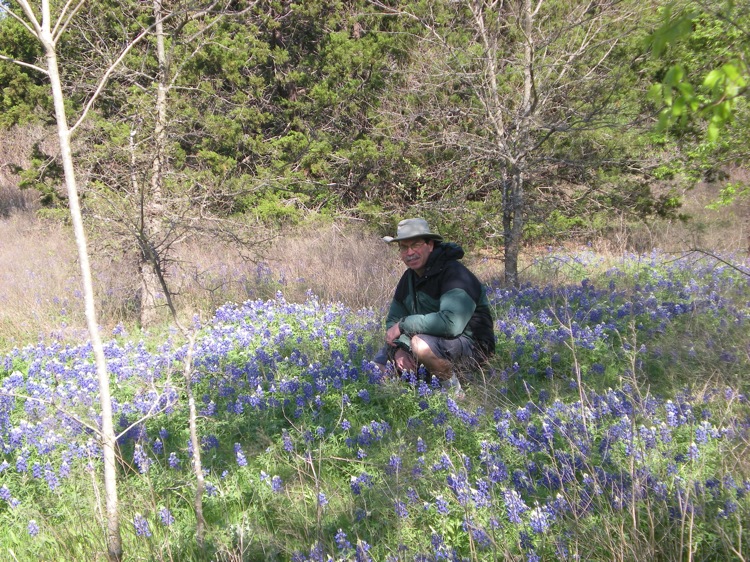 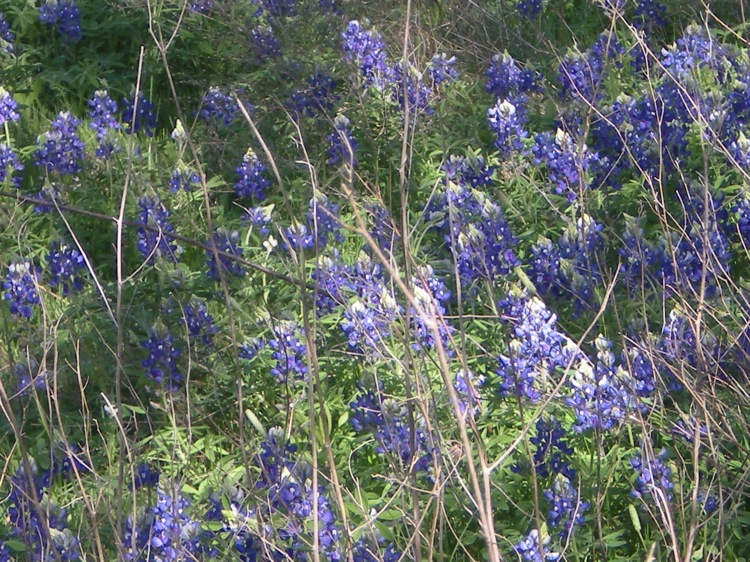 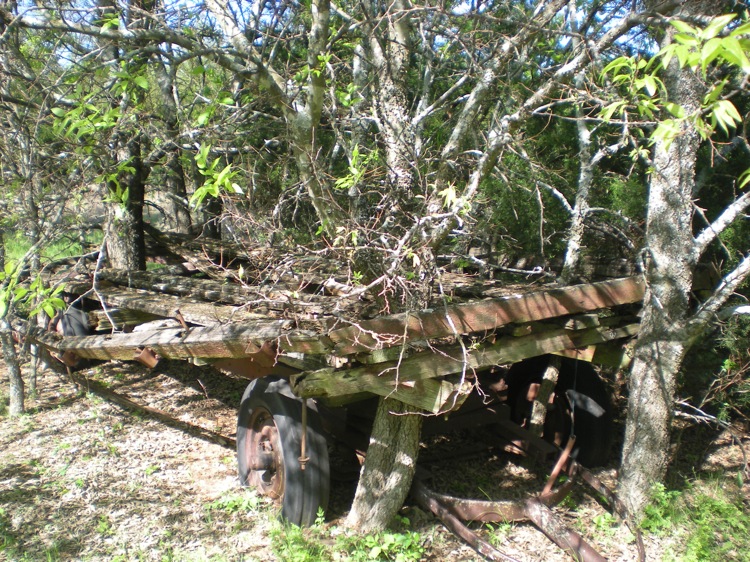 Nothing but beautiful scenery.

We headed to the small end of the strewnfield in the hope of bolstering our odds of finding an additional stone or two before leaving. We’d heard some stories about stones found at a small local cemetary, so we decided to check out the area. Just outside of the cemetary, we came across a team of what appeared to be hunters from an academic institution using leafblowers to systematically hunt a field covered with tall grass. We headed on to the cemetary, and found a local hunter from Dallas combing the tall grass there. A nearby field wasn’t fenced and was covered with only short grass, so we decided to walk it. A short while later, I found what appeared to be a drop of black tar near the base of a telephone pole.

Celebration was in order. 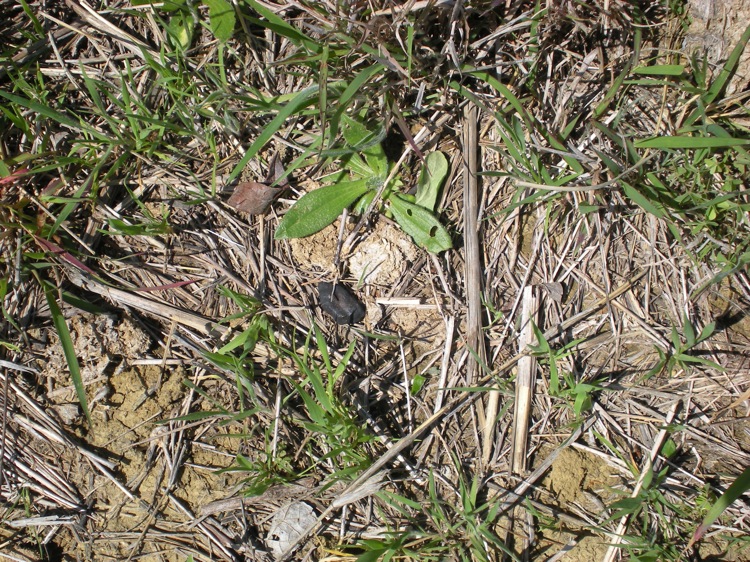 Some additional photos from the last day: 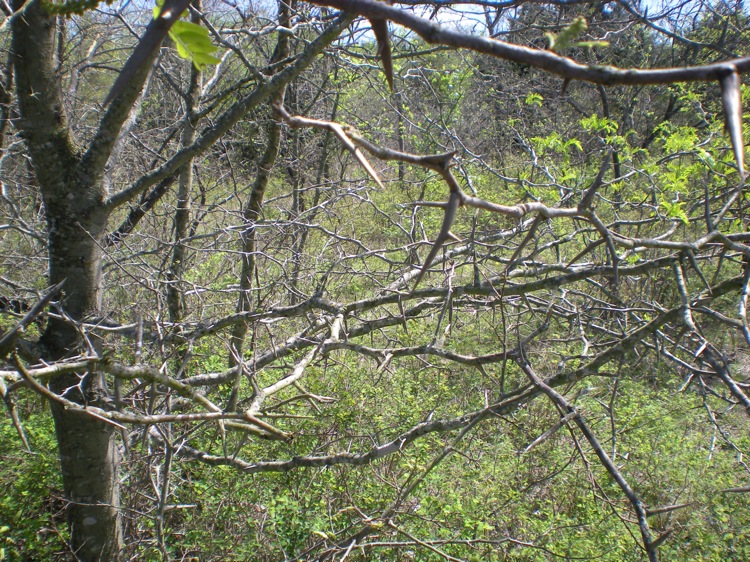 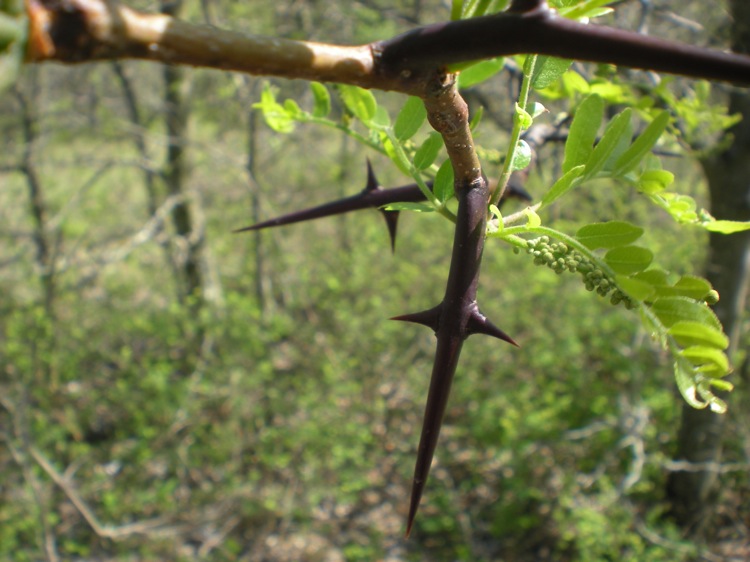 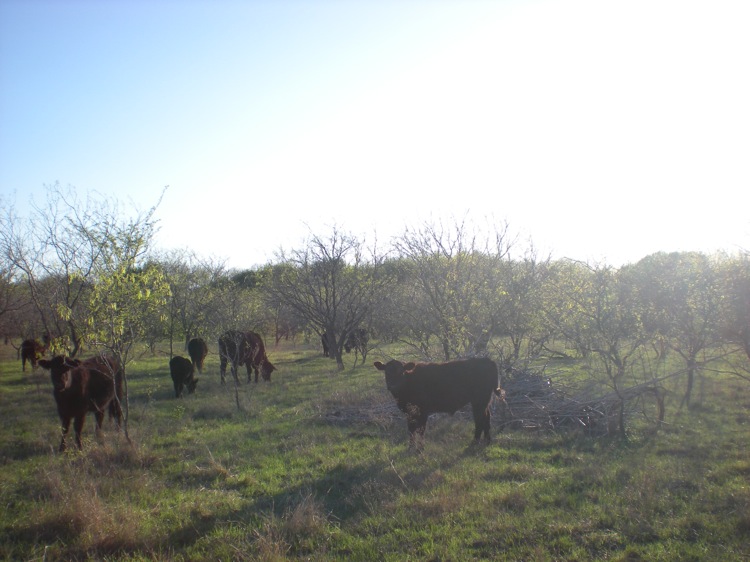 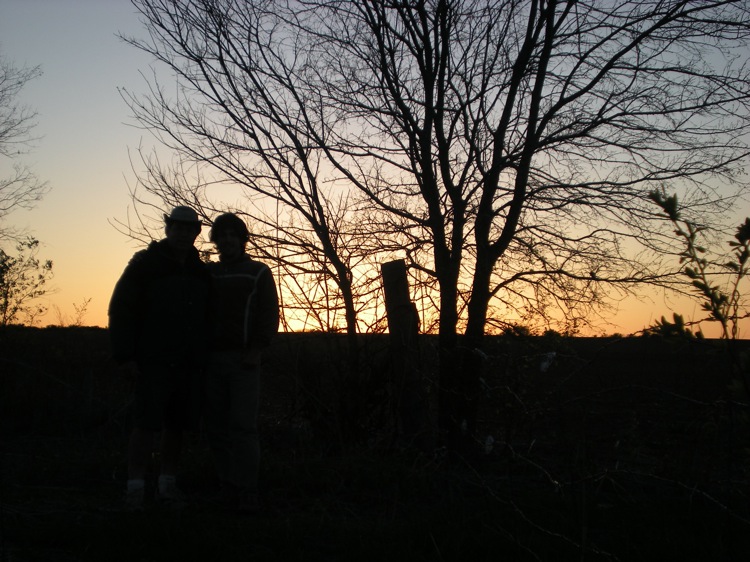 In short, we had a wonderful time and were fortunate to find several stones including the 12th largest stone recovered. Based on the fact that we showed up a month late, the relatively short amount of time we had, and the total area that we covered, I estimate that only a small fraction of the stones that fell — and could easily have been recovered — were recovered.  There are untold thousands of stones in fields around town that will remain there indefinitely.

I don’t know what to make of the fact that we met with very open animosity from most locals.  Not one local was remotely friendly towards us before we explained ourselves and the fact that we weren’t there to find stones and turn a quick buck.  While many hunters do risk their time and money to chase falls, I believe that some meteorite hunters took advantage of locals in the region, and this has been glossed over in most accounts I have seen.  Others were more fair, but our community must be mindful.