Bishopville is an early American fall that’s rather hard to come by.  We are grateful to Dr. Arnaud Mignan for making the acquisition of this specimen possible.

Bishopville was notably the first meteorite acquired by Charles Upham Shepard, an important early American meteoriticist and collector.  There are many historic references to the meteorite, but Dr. H. H. Nininger offers as complete of a description of the fall as any, though it was written just shy of the sesquicentennial of the meteorite’s fall to Earth.

From the SAO/NASA Astrophysics Data System:

Sadly, aubrites resemble many Earth rocks and are typically fairly low in iron, making the prospect of a modern search for more fragments rather daunting.  But, much of the meteorite is preserved in institutions, and there are at least a few kilograms retained for future study. 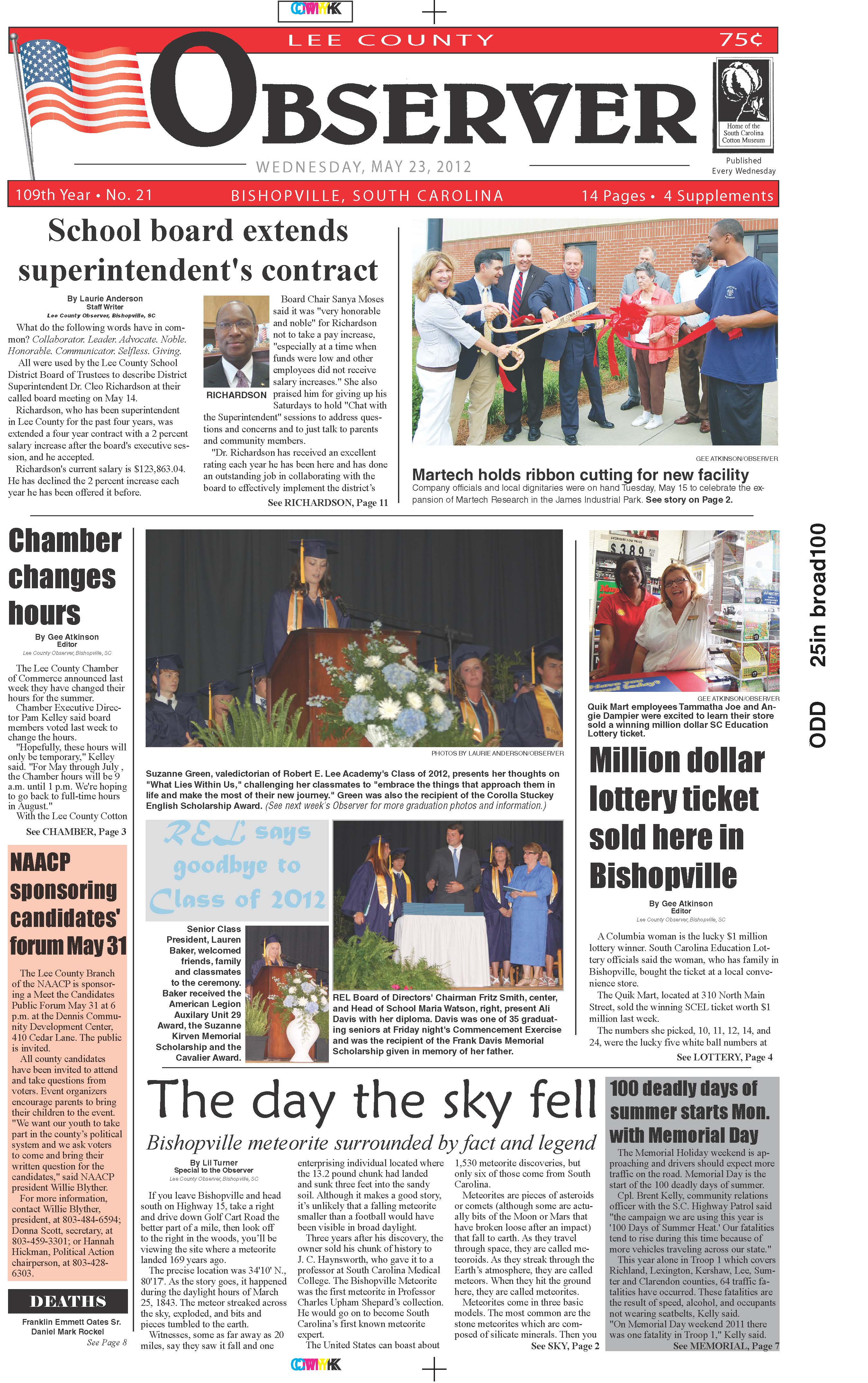 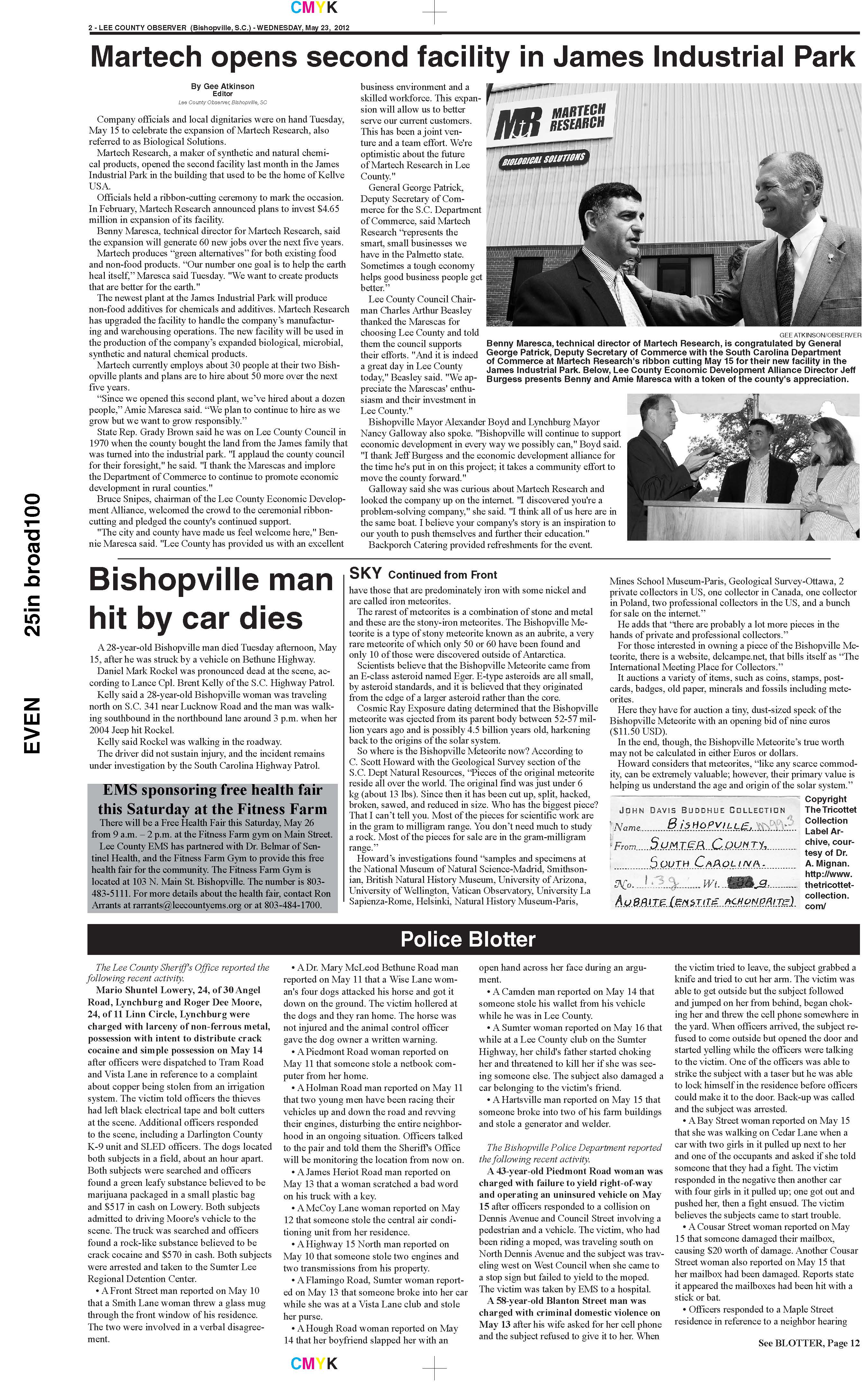 The above excerpts from the Lee County Observer are used with the paper’s permission.

In addition to having passed through the hands of Dr. John Davis Buddhue of UNM, this specimen comes via the Monnig Collection at TCU.  This particular specimen appears to have been used in research — see here.  It’s hard to find a specimen with better provenance, though it’s nice when they’re a little less ‘used.’ 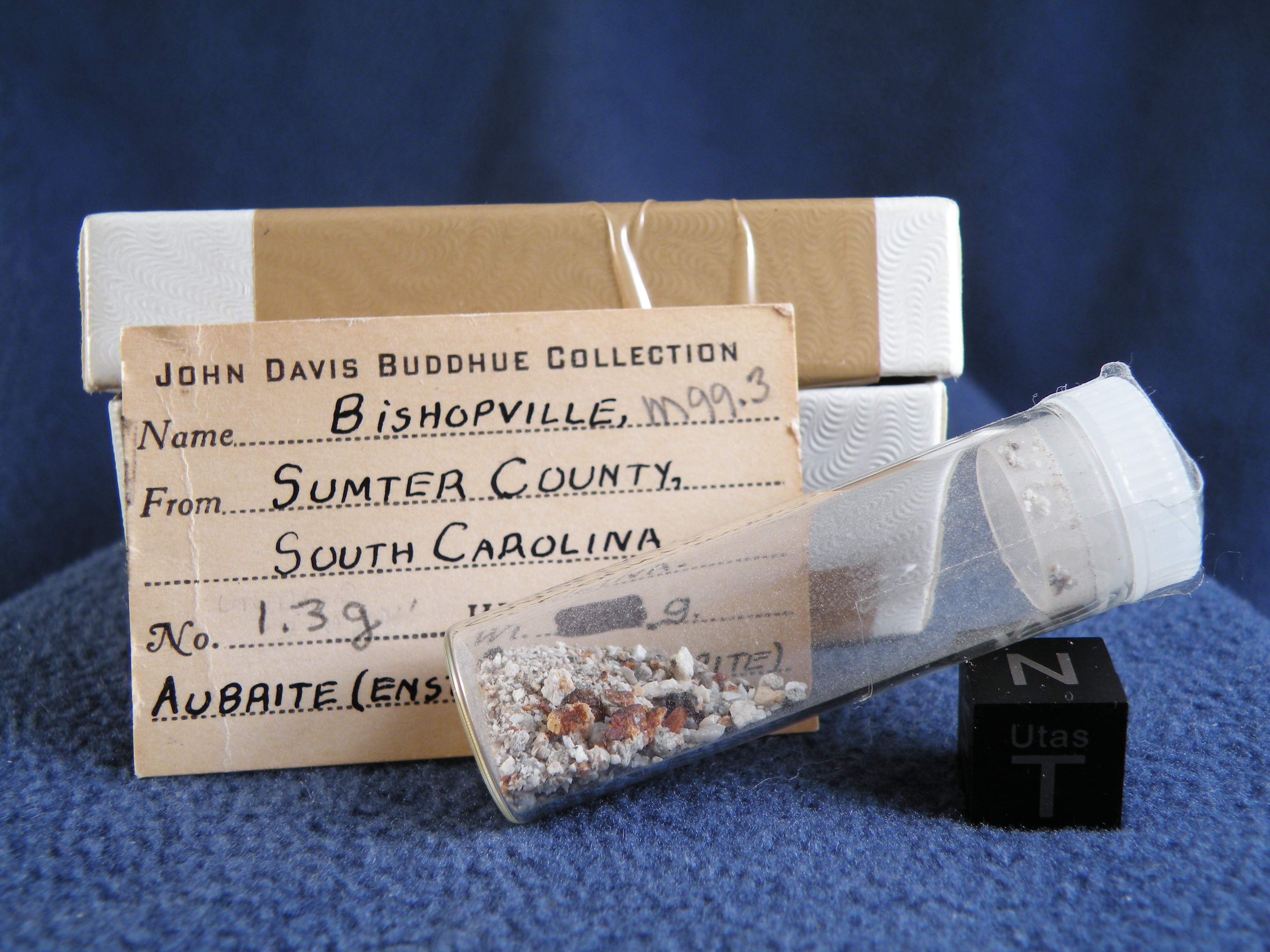 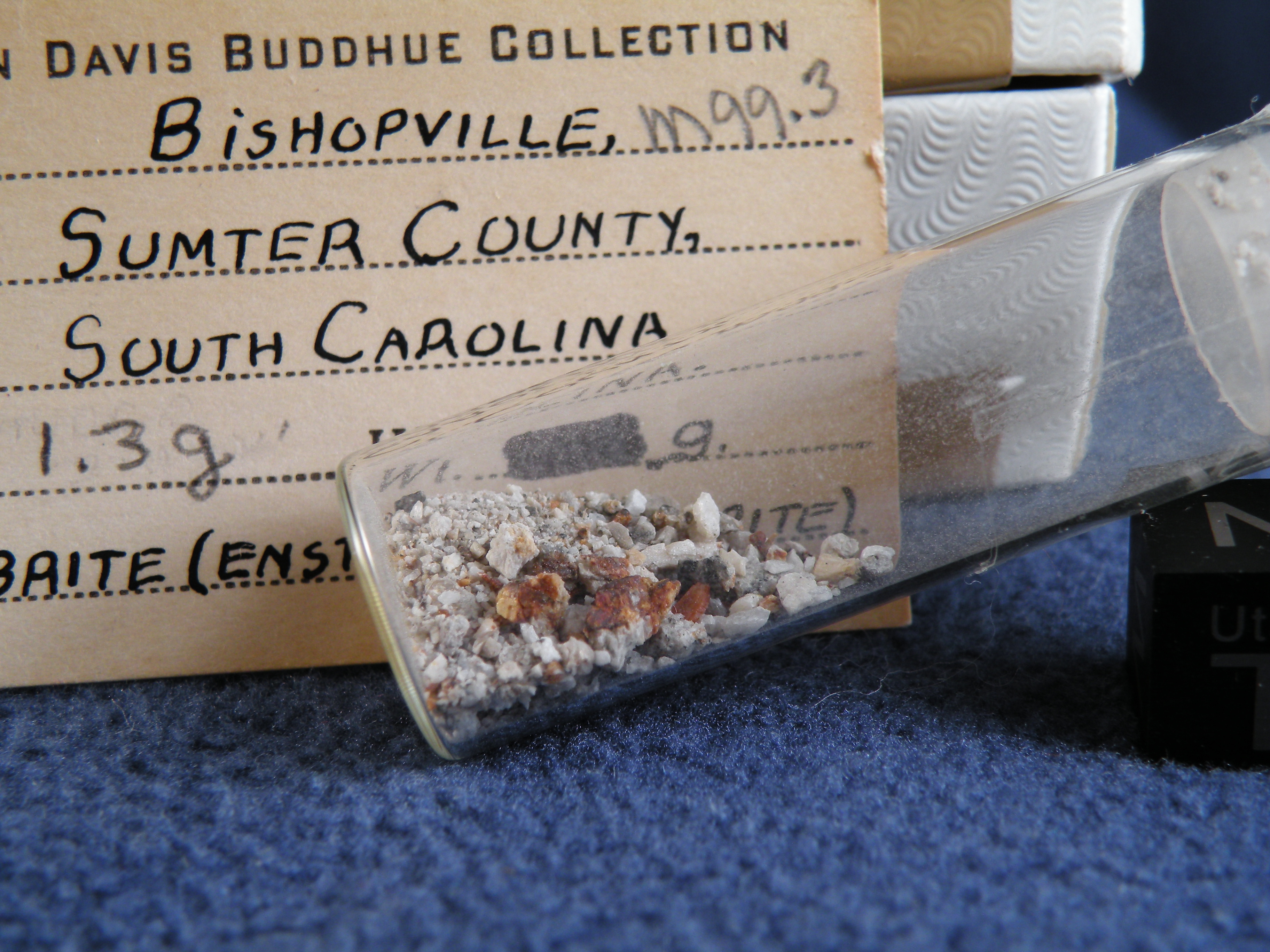