I’ve recorded a few videos of moving stones on lakebeds in California and Nevada.  The three videos below were shot in Nevada.  The ice this morning was only a few millimeters thick, so it could only move smaller stones, and it broke as it ran into our shoes.

If you attempt to catch similar footage, please be careful.  The thin ice we saw in motion was almost enough to push a person off balance.  A thicker ice sheet could have broken ankles, and a person would not be able to slow or stop it.

Here’s a photo from the edge of the not-so-dry lake.  The ice from 1-2 days before had accumulated into berms up to ~2″ tall, and some of it was around 2 cm thick.  It could have moved some pretty big stones.  There are visible scrape marks in the lakebed.  We found several meteorites along the shoreline. 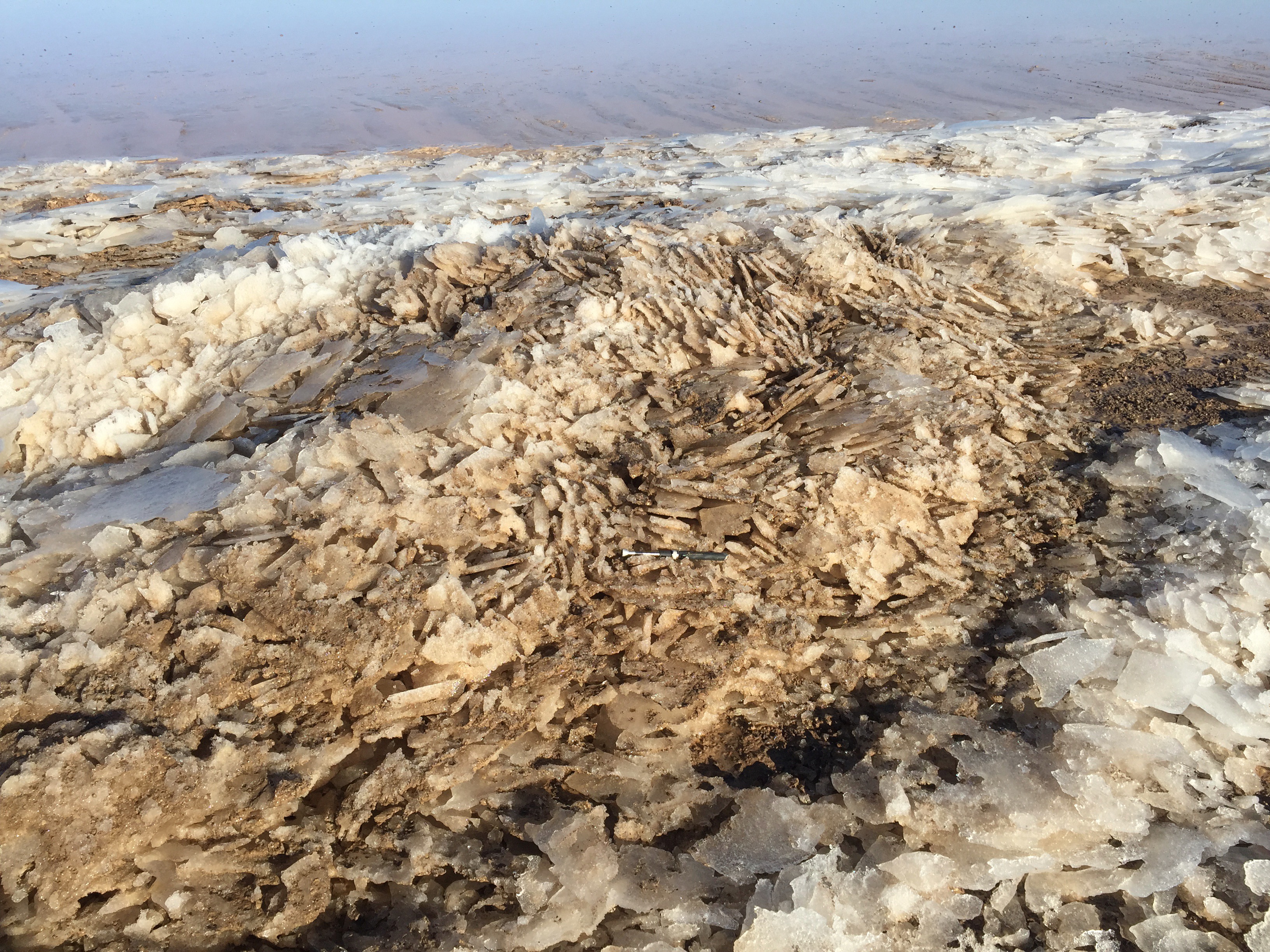