Winonaites are a class of meteorites that fall under a broader group called “primitive achondrites.”  If you look at their bulk chemistry, these meteorites are ~chondritic, but most meteorites within this group don’t have any chondrules.  This is because most primitive achondrites have experienced enough heat to melt all of their chondrules, but not quite enough heat to melt the rock completely and allow the heavier elements like iron to settle out — a process called differentiation.  If you’re curious about the process, please see this page describing differentiated achondrites and how they form.

Ultimately, nearly all winonaites and similar meteorites like acapulcoites and lodranites are very similar to chondrites, but most are pretty recrystallized and lack actual chondrules.  The few that do have chondrules usually have only a few preserved.  So, what are they?  If you went by the classic chondrite classification scheme, they would all be type 4, 5, or 6 chondrites.  Some might be classified as ‘impact melt rocks’ or ‘anomalous.’  For example, Portales Valley is structurally similar to many metal-rich “primitive achondrites” and is formally classified as an H6.  Katol has fewer chondrules than many type-7 chondrites and primitive achondrites, and is classified as an L6.

Here are some photos of the original burial cyst in which Winona was discovered — most of the fragments currently on display appear to be plaster replicas, but one in the middle (darker color, patch of light green Ni-oxides) is a real fragment of the meteorite.  The cyst is on display at the Museum of Northern Arizona, in Flagstaff. 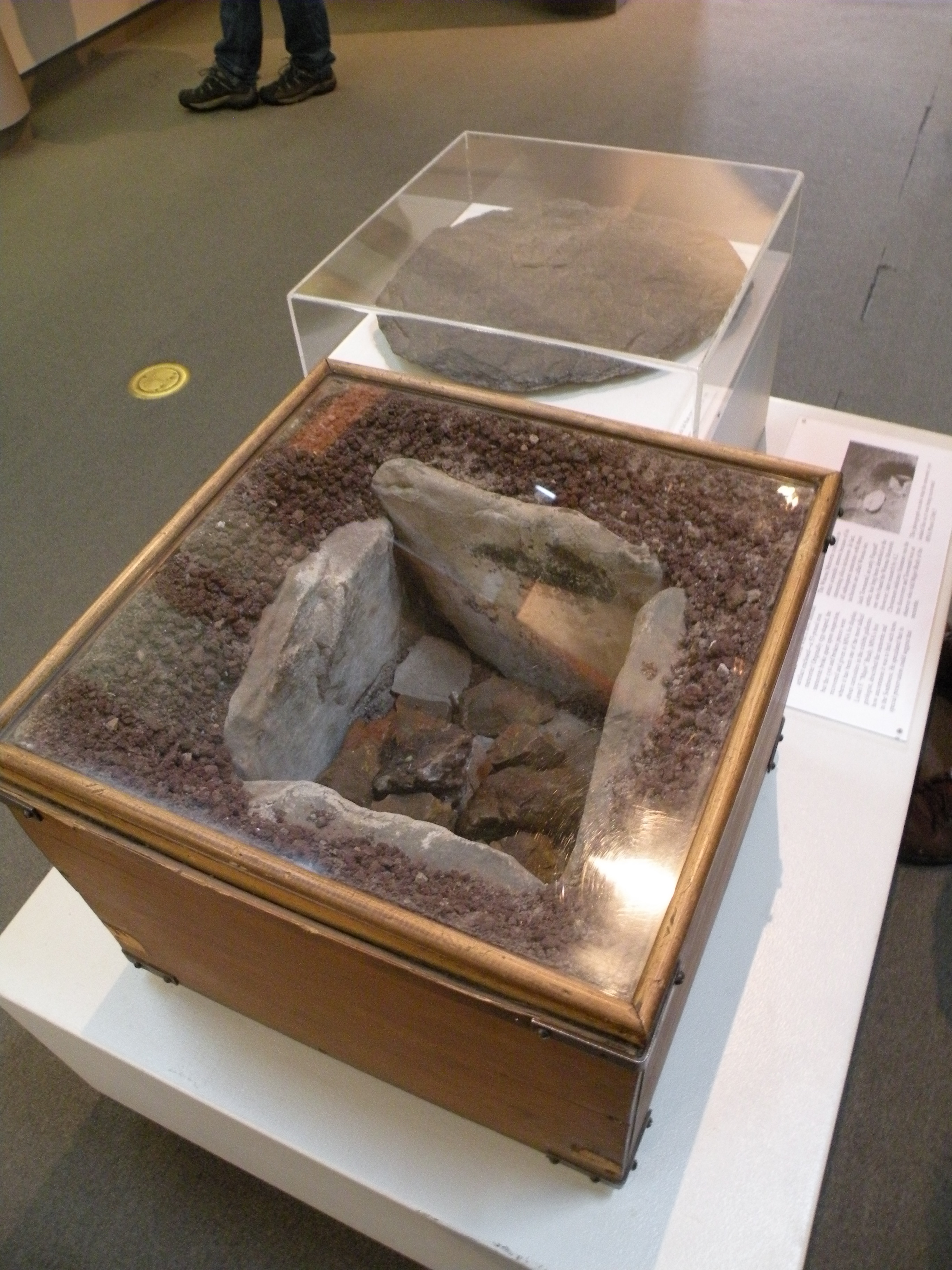 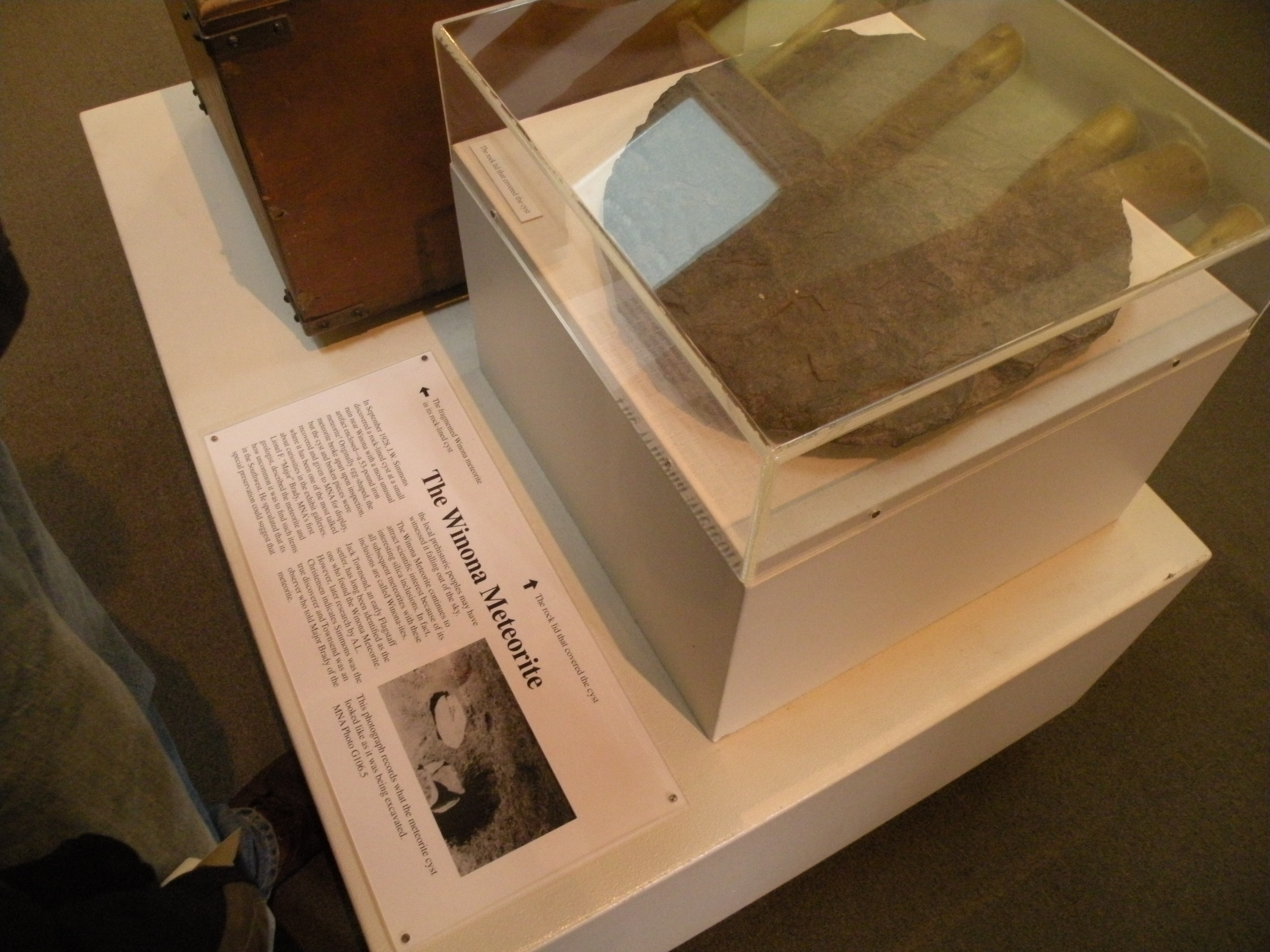 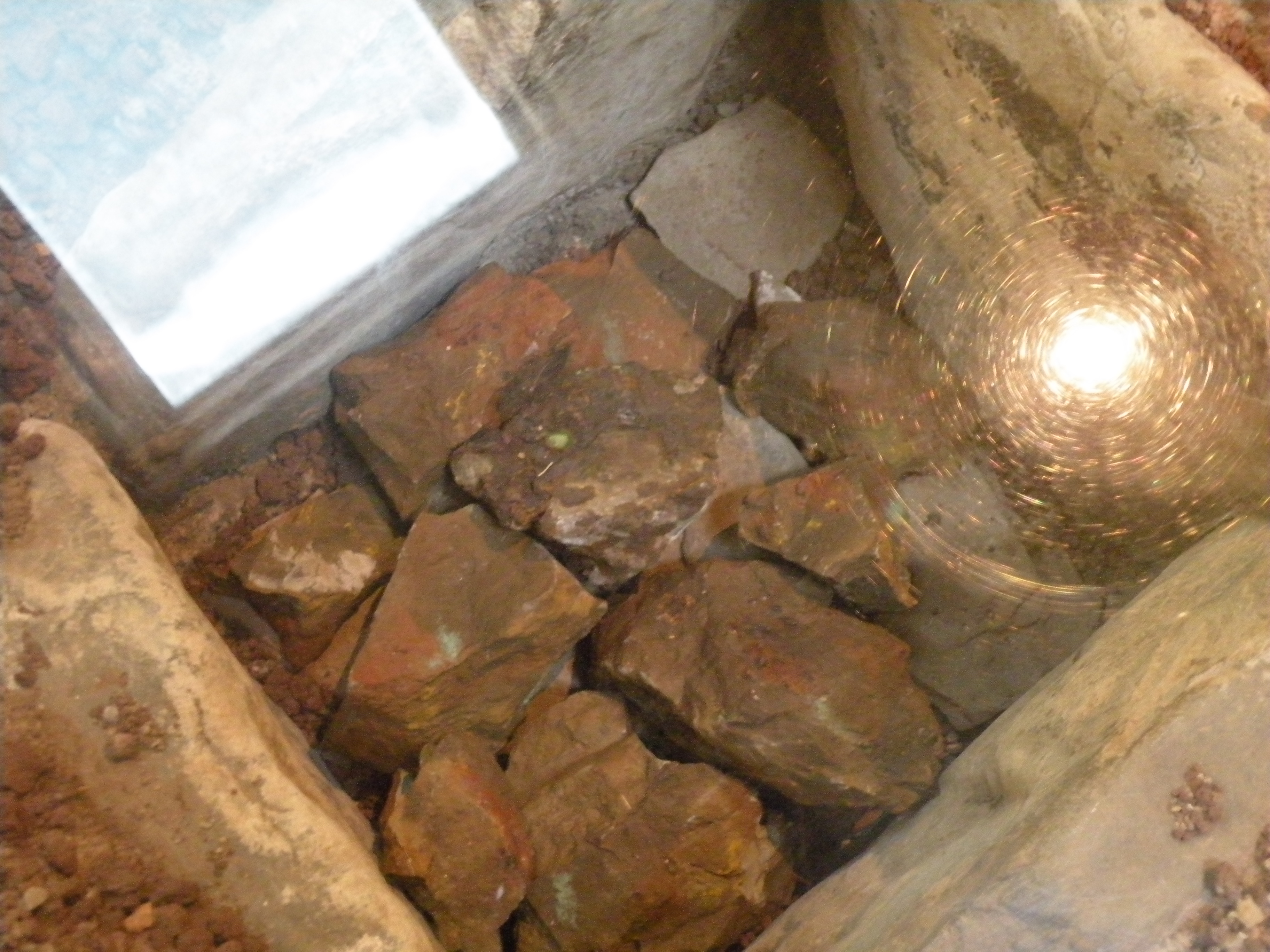 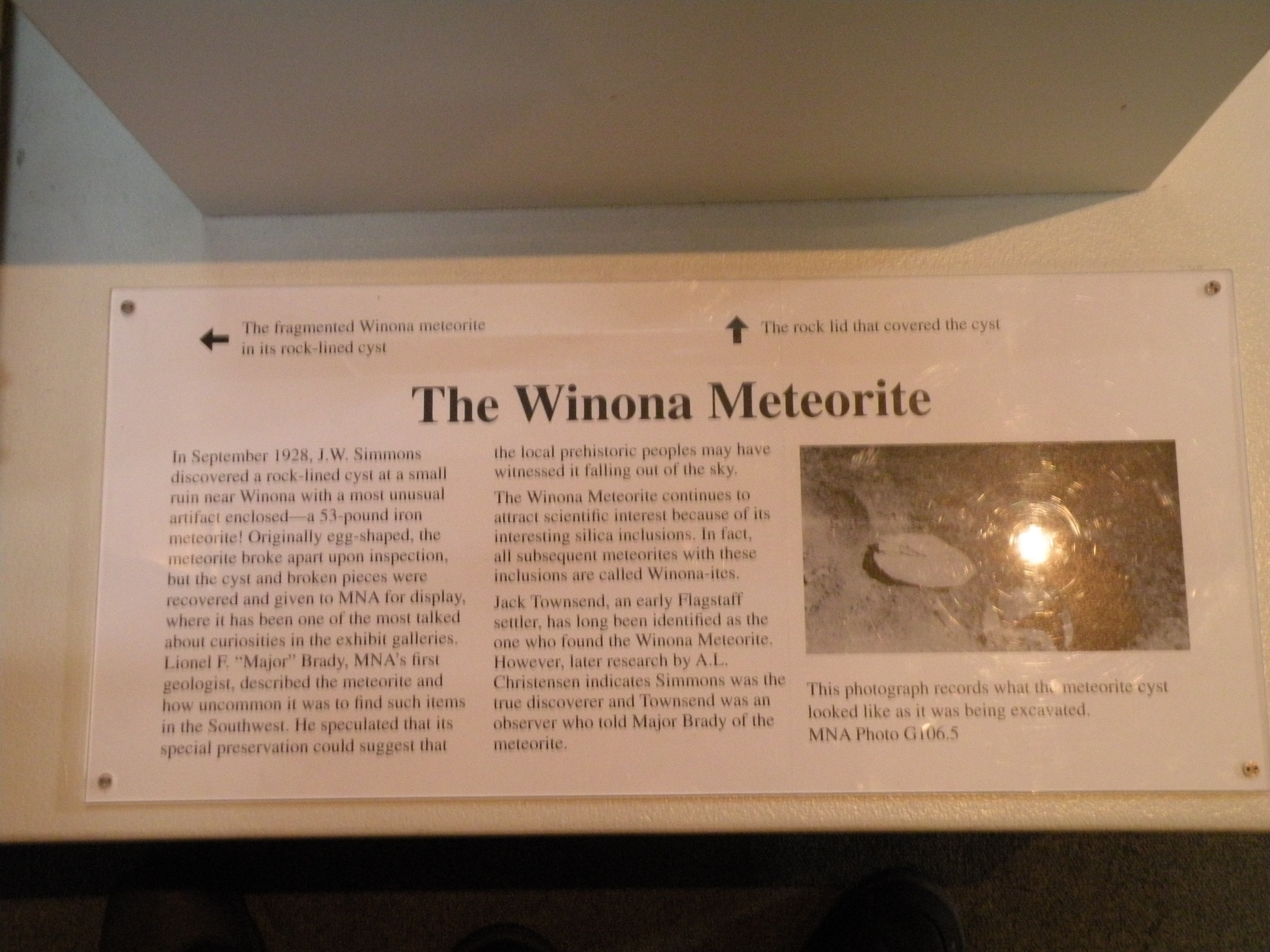 The discovery of the meteorite was reported in The Winona Meteorite, by R. Heineman and L. Brady (1929), although that paper misidentifies the finder of the meteorite as Jack Townsend (see the museum caption above for clarification). 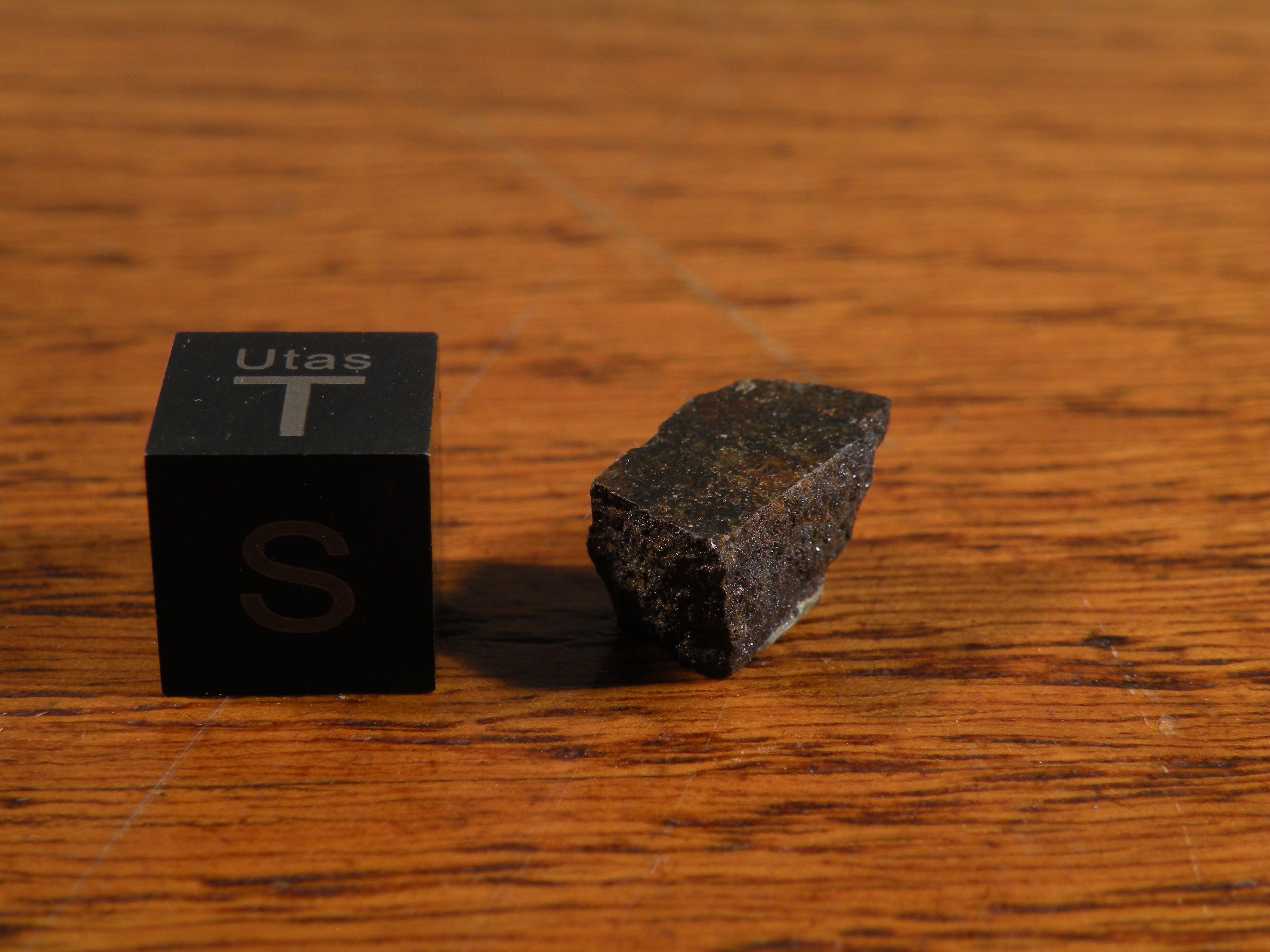 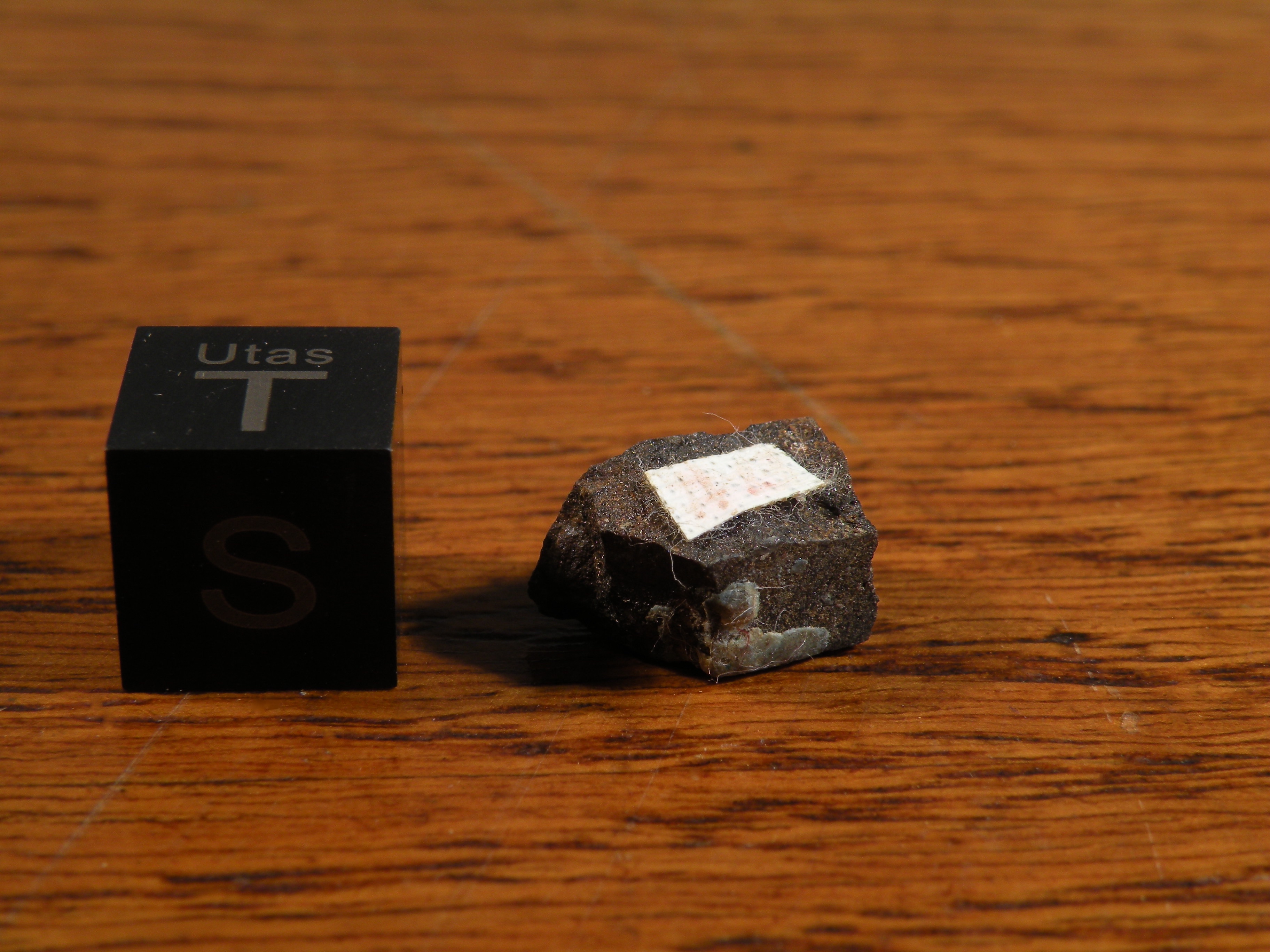