There’s not much on Brenham in the bulletin, but I was able to track down this paper describing the excavation of the Brenham crater: The Excavation of a Meteorite Crater Near
Haviland, Kiowa County, Kansas, by Nininger and Figgins.  Brenham is a farily well-known meteorite; many other resources are available online.

This 34.2 gram part-slice was mounted in plexiglass and oil by Nininger.  This preparation was devised in order to keep the slice from rusting; Brenham has been known to have some rust issues, though intact specimens are usually safe. 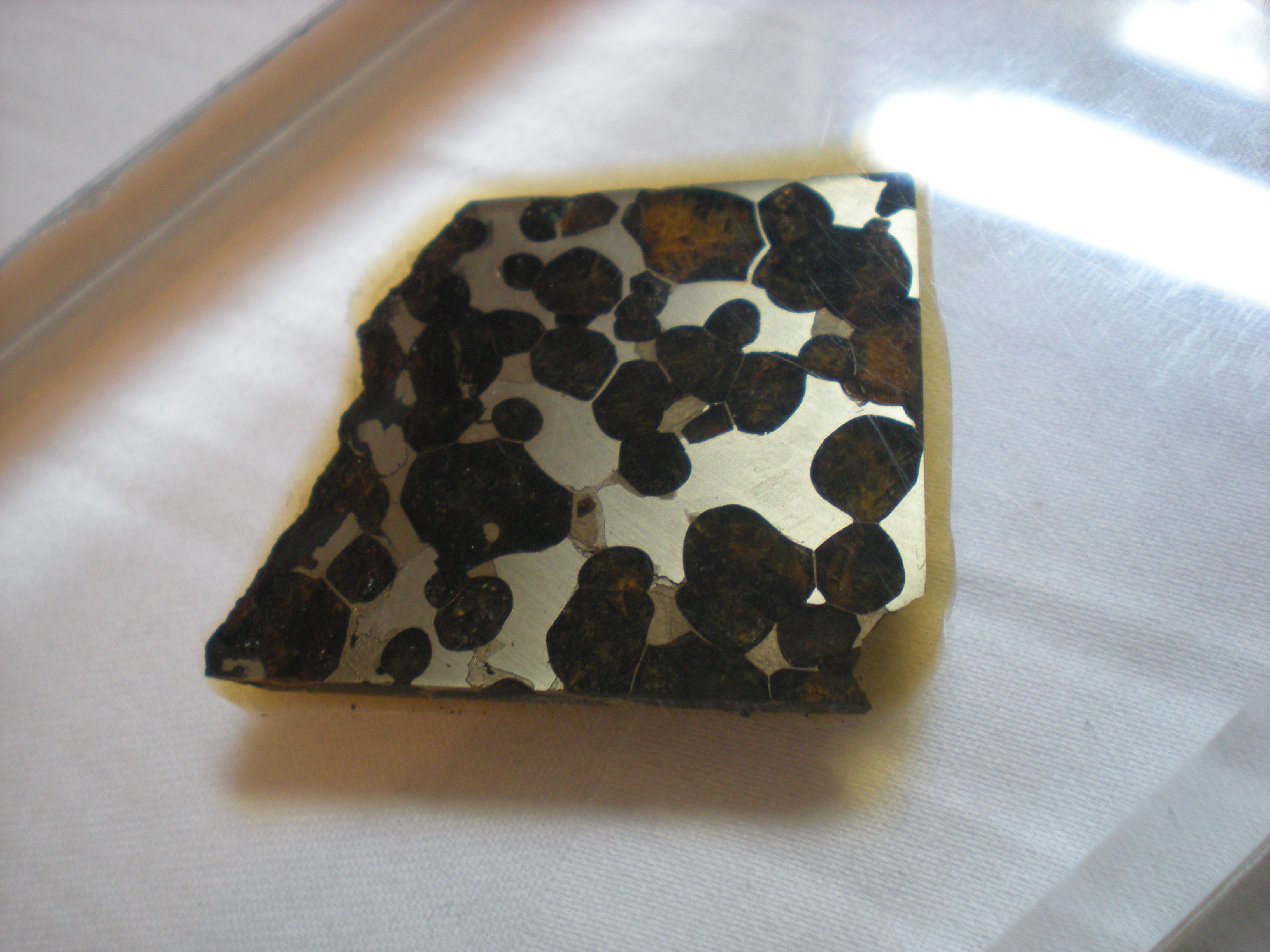 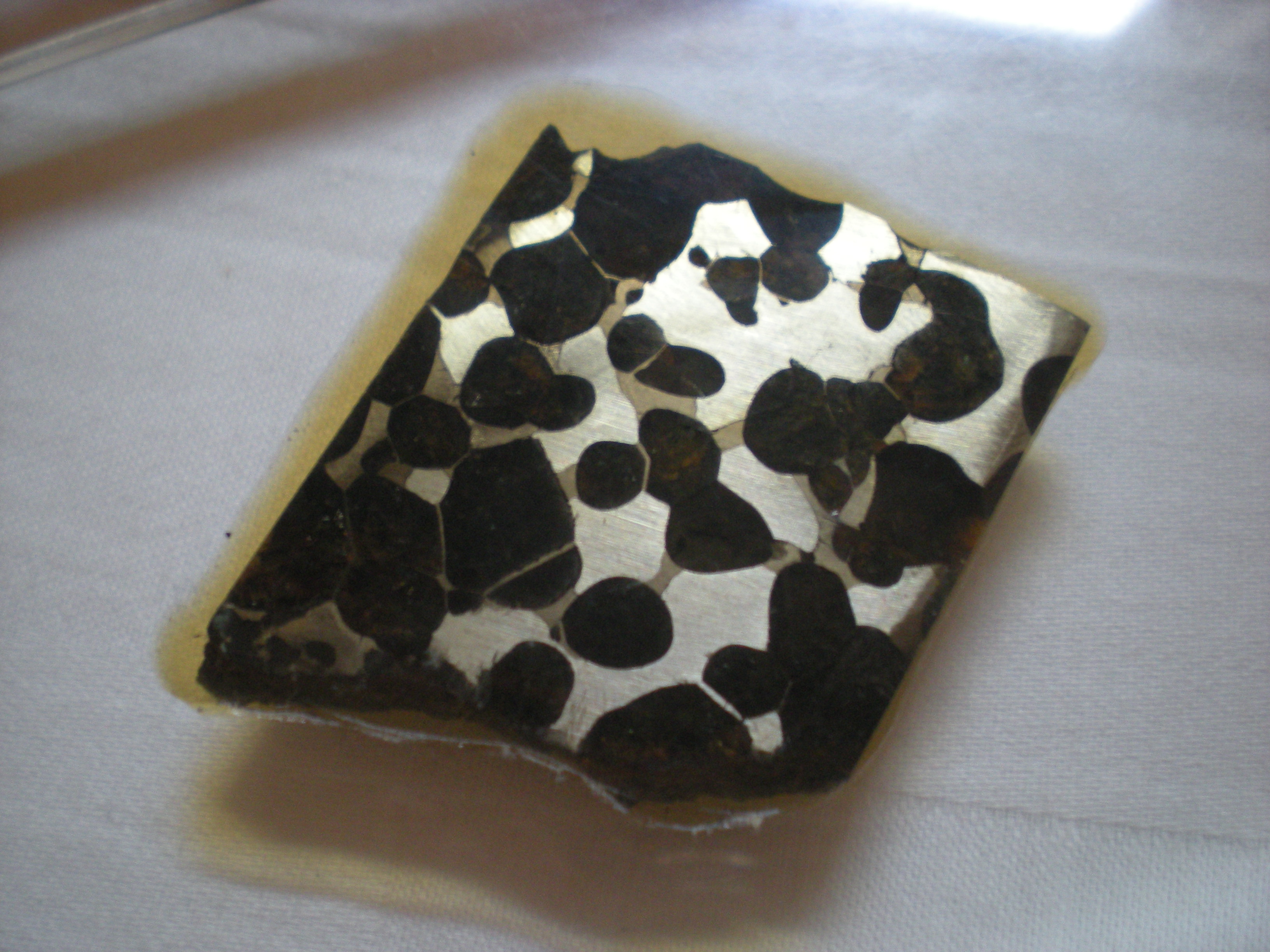