The Carancas meteorite violently exploded when it made landfall just south of Lake Titicaca on September 15, 2007.  It is one of three human-witnessed crater-forming events, the others being Sikhote-Alin and Sterlitamak.  Since the other two are both irons, Carancas is the only stony meteorite observed to make a crater in recorded history.  It is also the only known impact associated with reported animal fatalities: a goat and llama were reportedly found dead near the crater.

I obtained the following photographs from a public German forum; based on the content of some of the photos, I believe they were taken by T. Kenkmann, N. A. Artemieva, K Wunnemann, M. H. Poelchau, D. Elbeshausen, and/or H. Nunez del Prado [the authors of the paper mentioned below]. 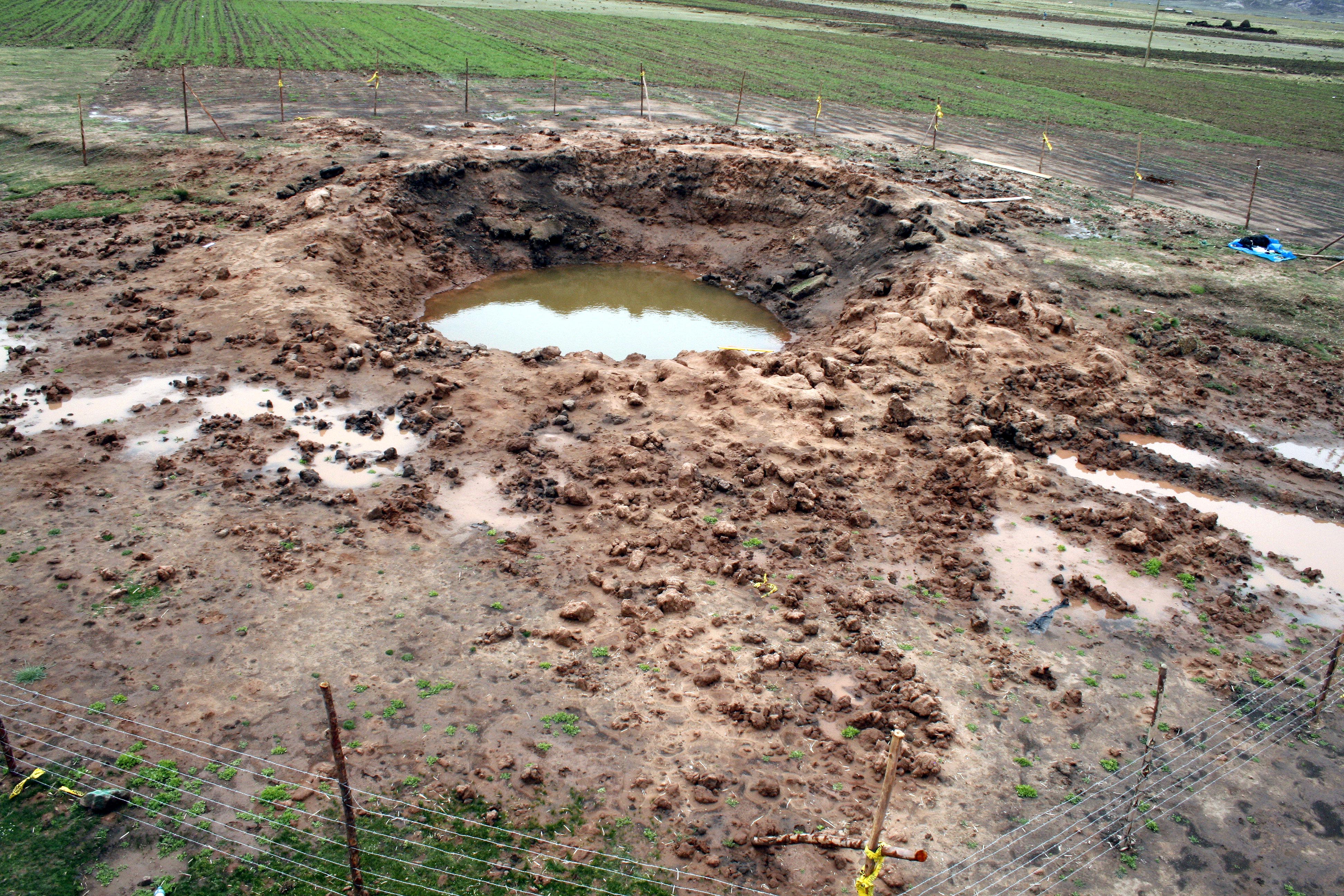 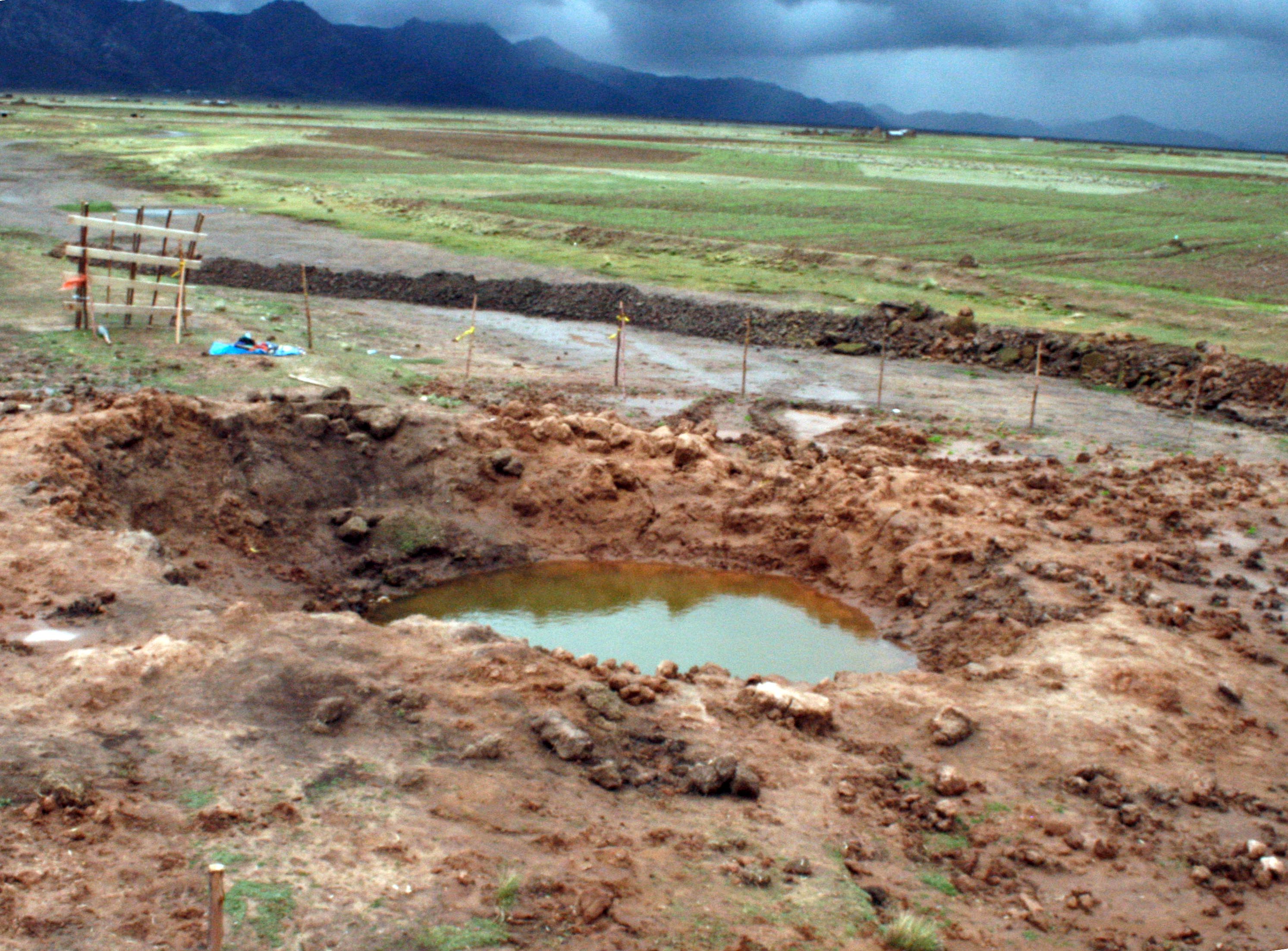 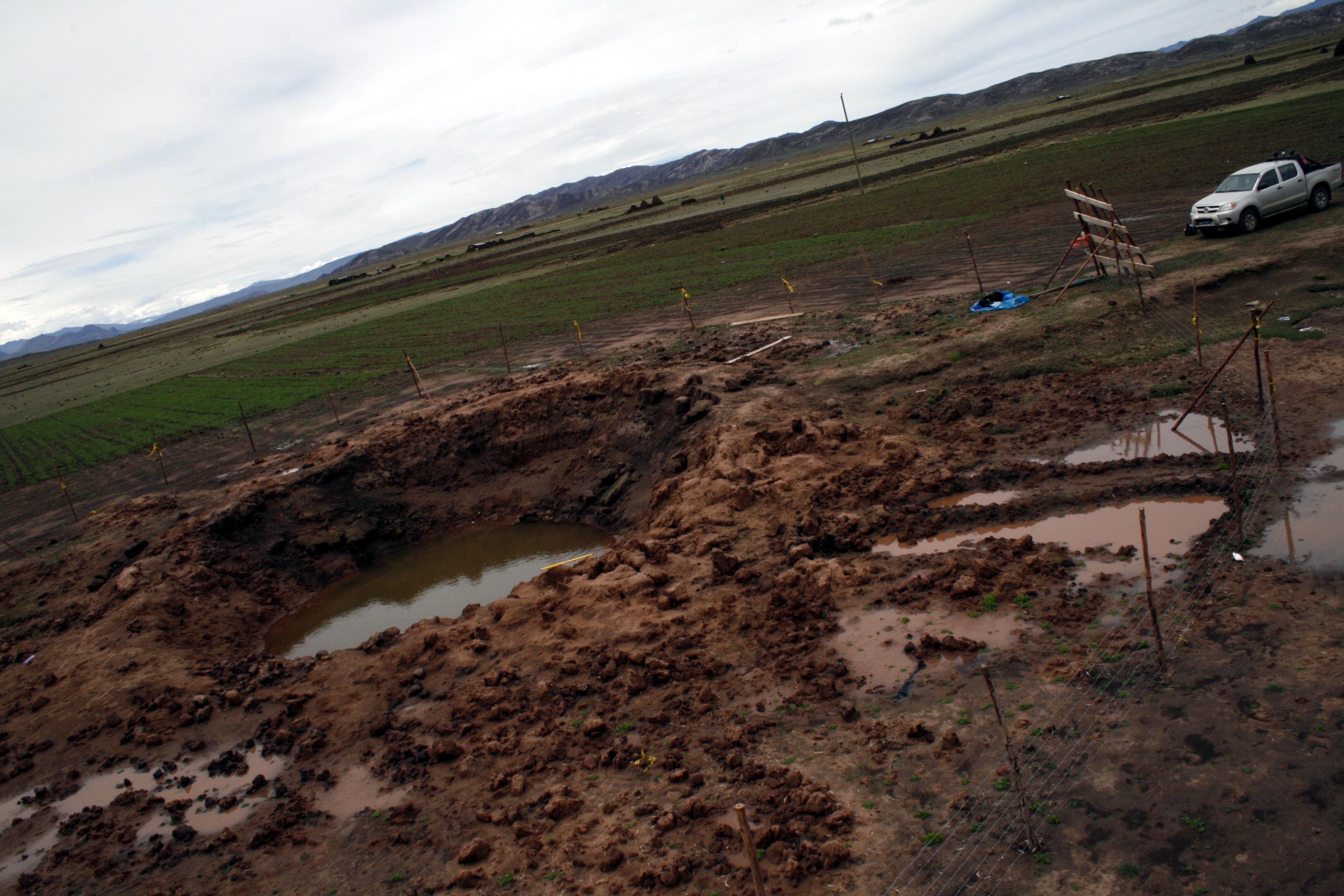 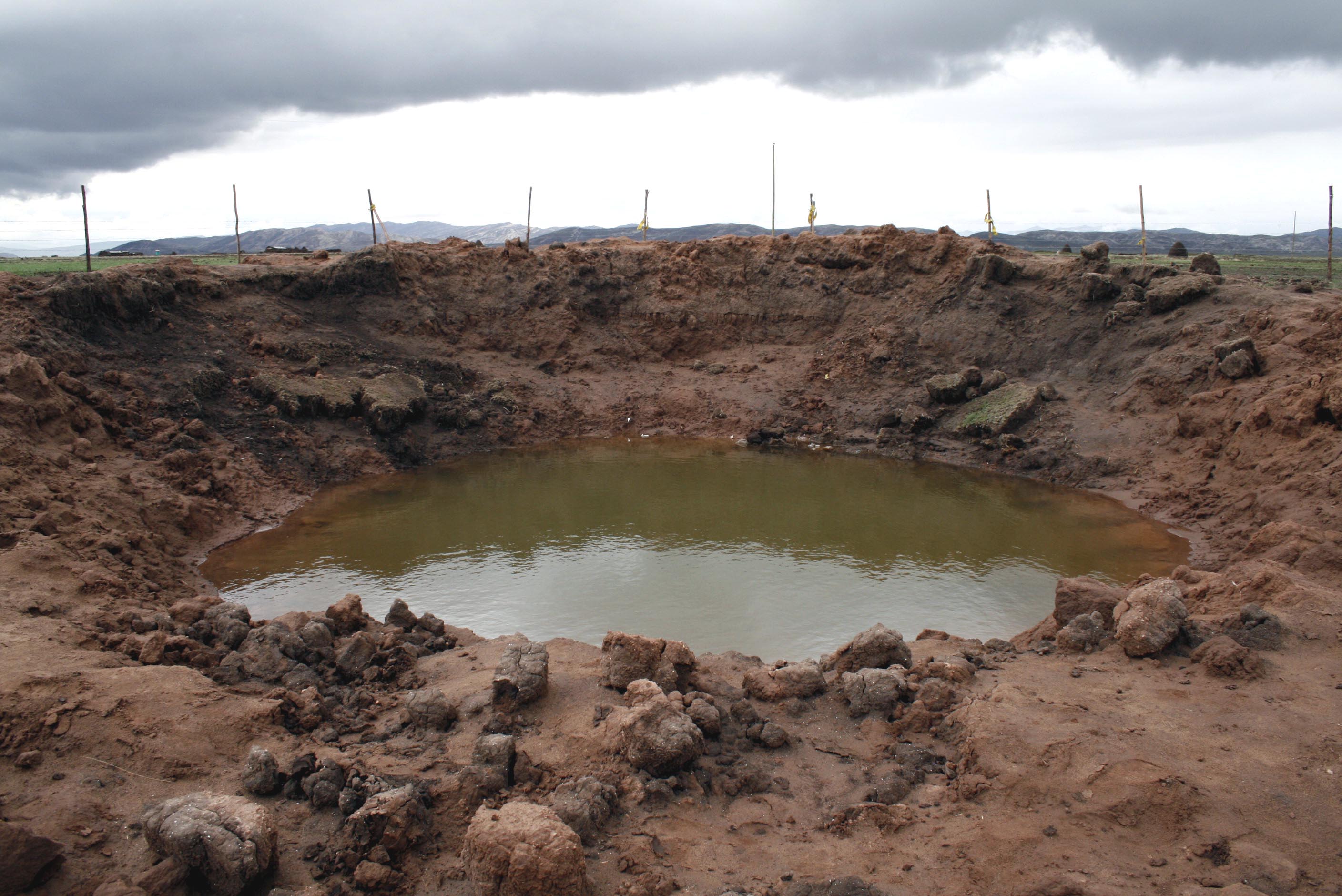 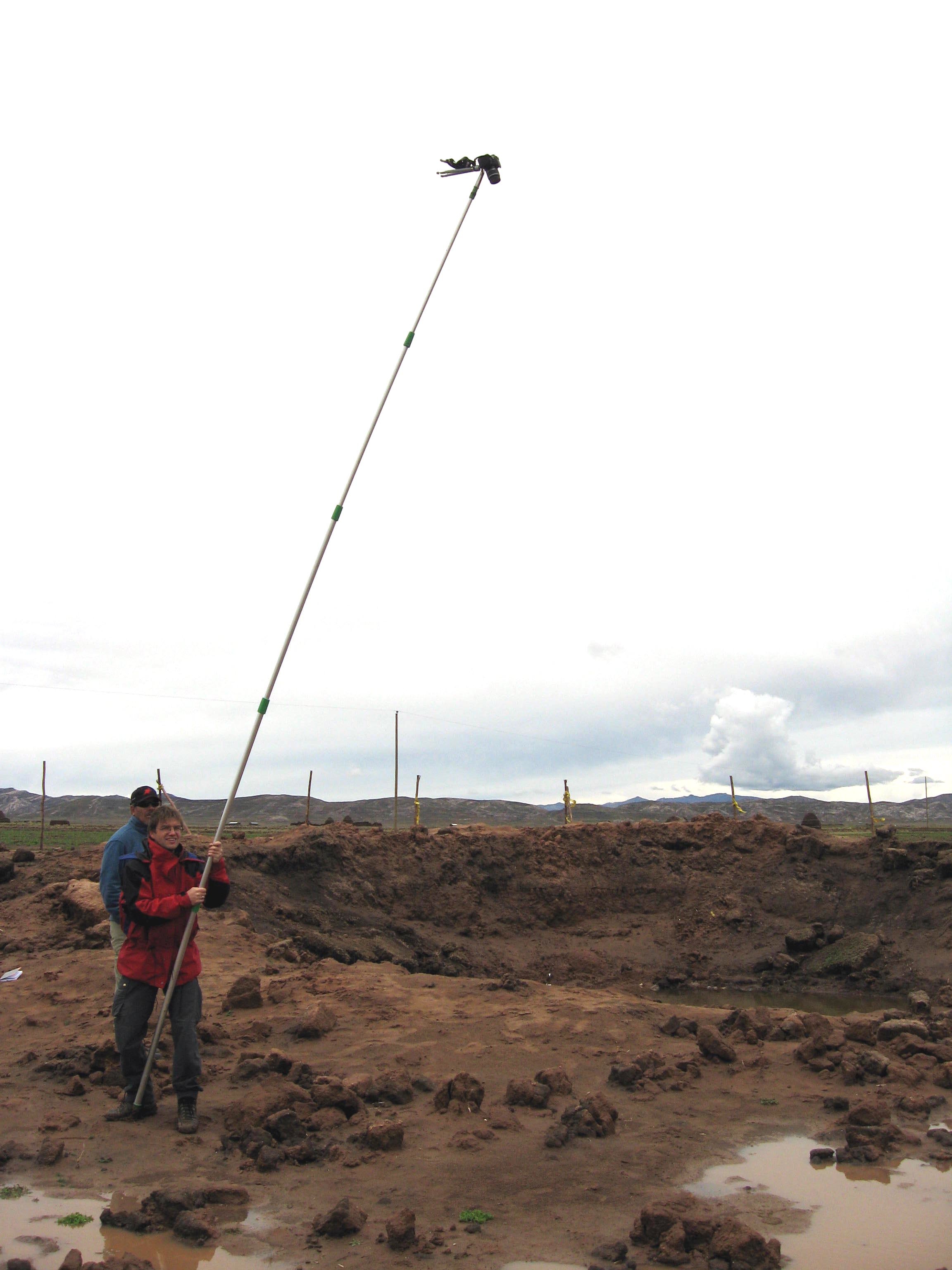 From MAPS Vol. 44, No. 7.  (I’d consider getting a subscription if you don’t already have one — a lot of the papers are technical, but there’s always accessible information — see below.) 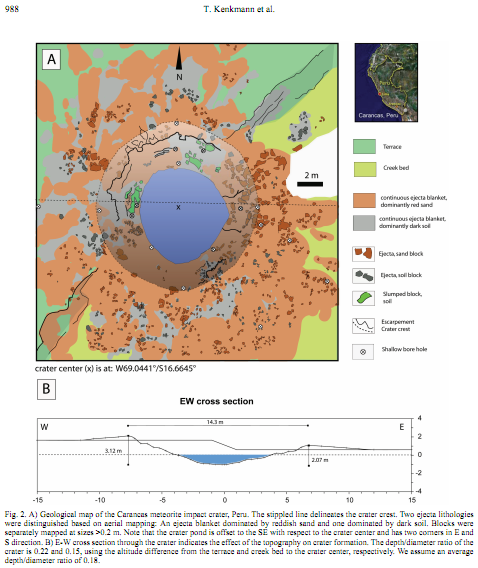 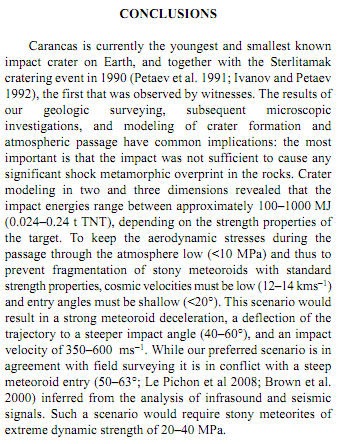 A little more information was available in the meteoritical bulletin: 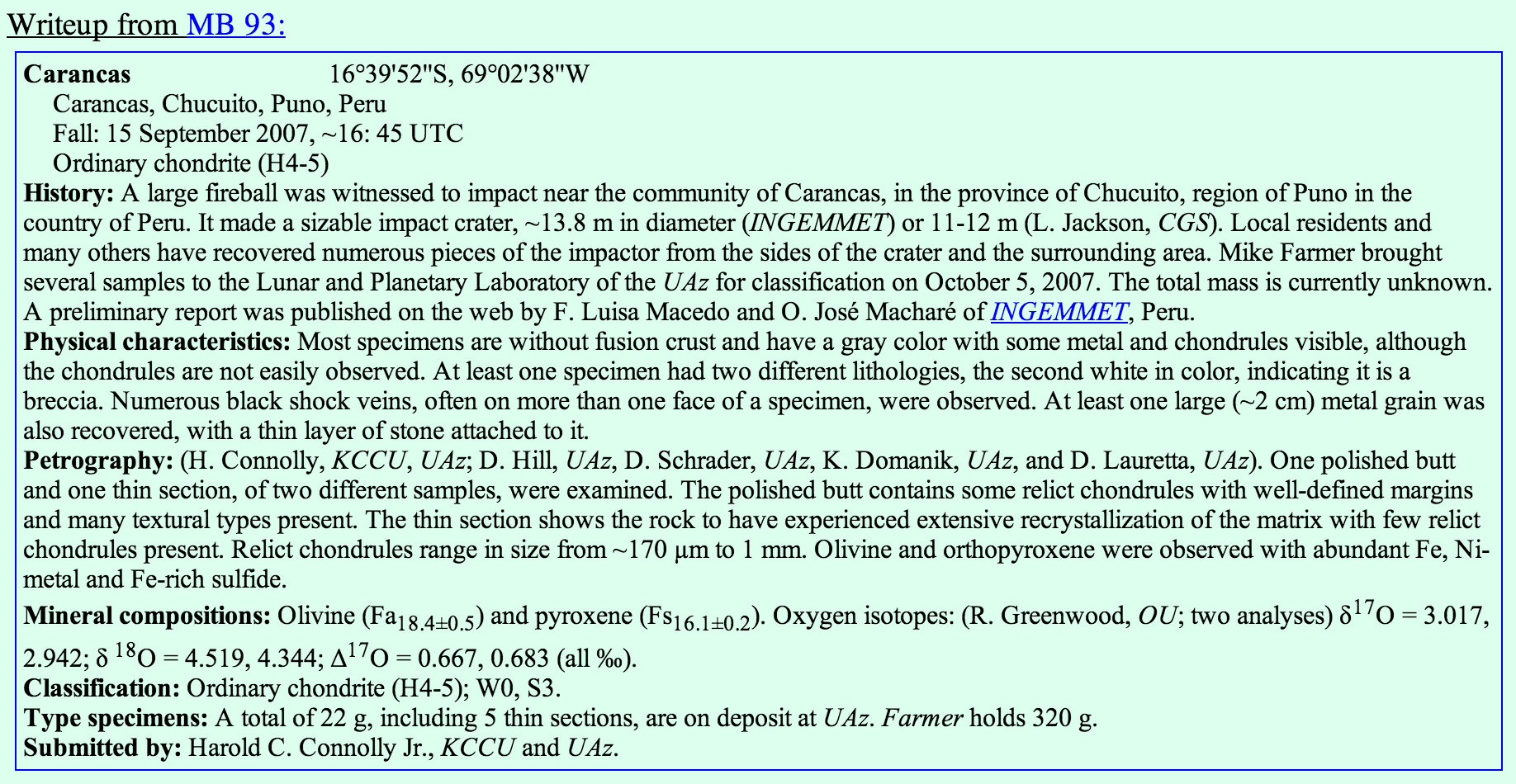 I don’t know what the total weight of the recovered fragments is, but, according to most sources, it’s somewhere between five and ten kilograms.  To my knowledge, the biggest single piece still intact is the one pictured below.  At least one slightly larger fragment was found, but I heard that it crumbled to pieces in a dealer’s possession.  The majority of the material picked up around the crater was recovered with magnets in the form of tiny fragments and dust.

The black surfaces visible on fragments of Carancas, including this one, are not fusion crust.  They are exposed shock veins / slickensides.  I do not know if they were present as typical shock veins in the meteorite, or if they formed during impact. 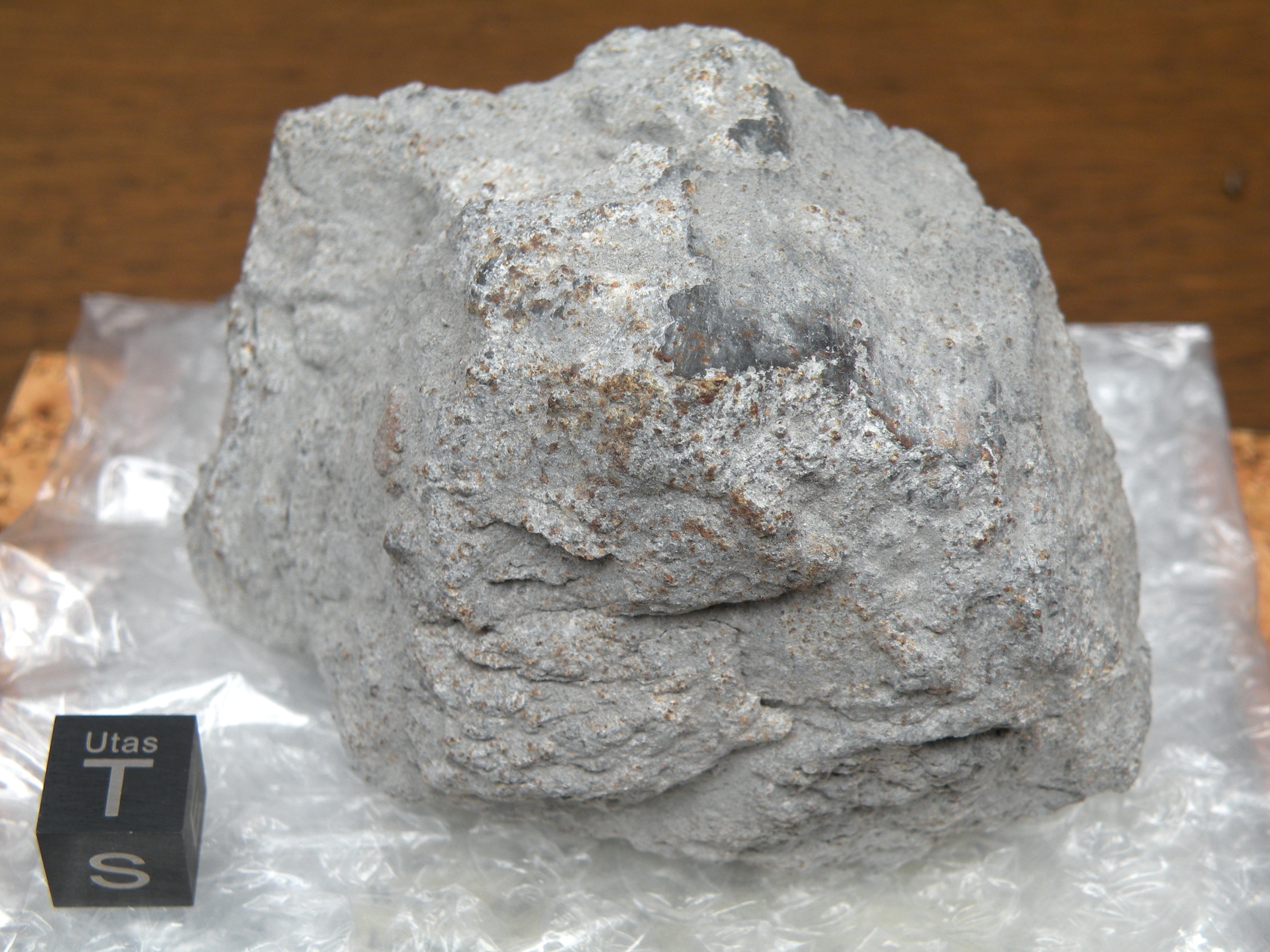 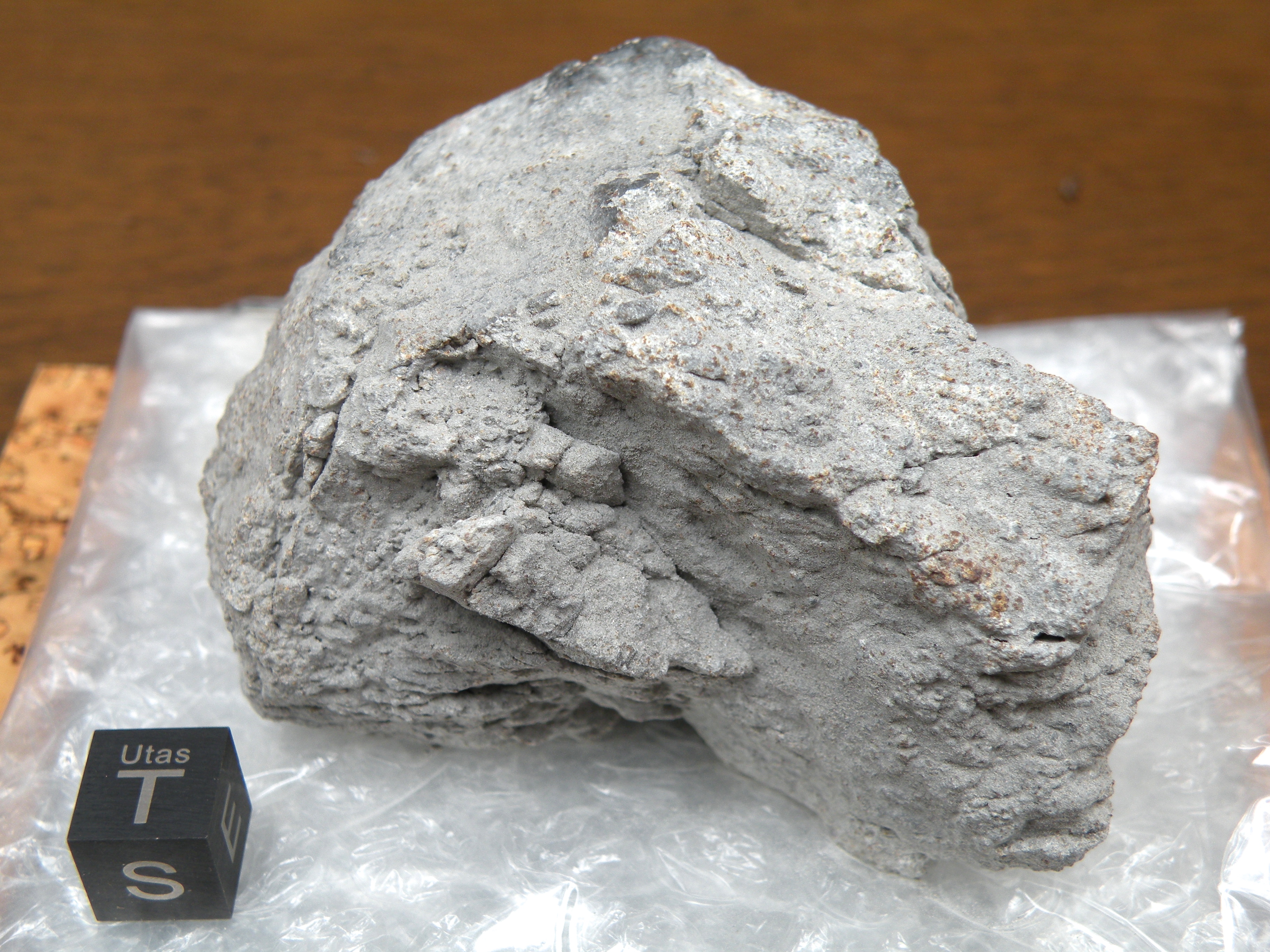 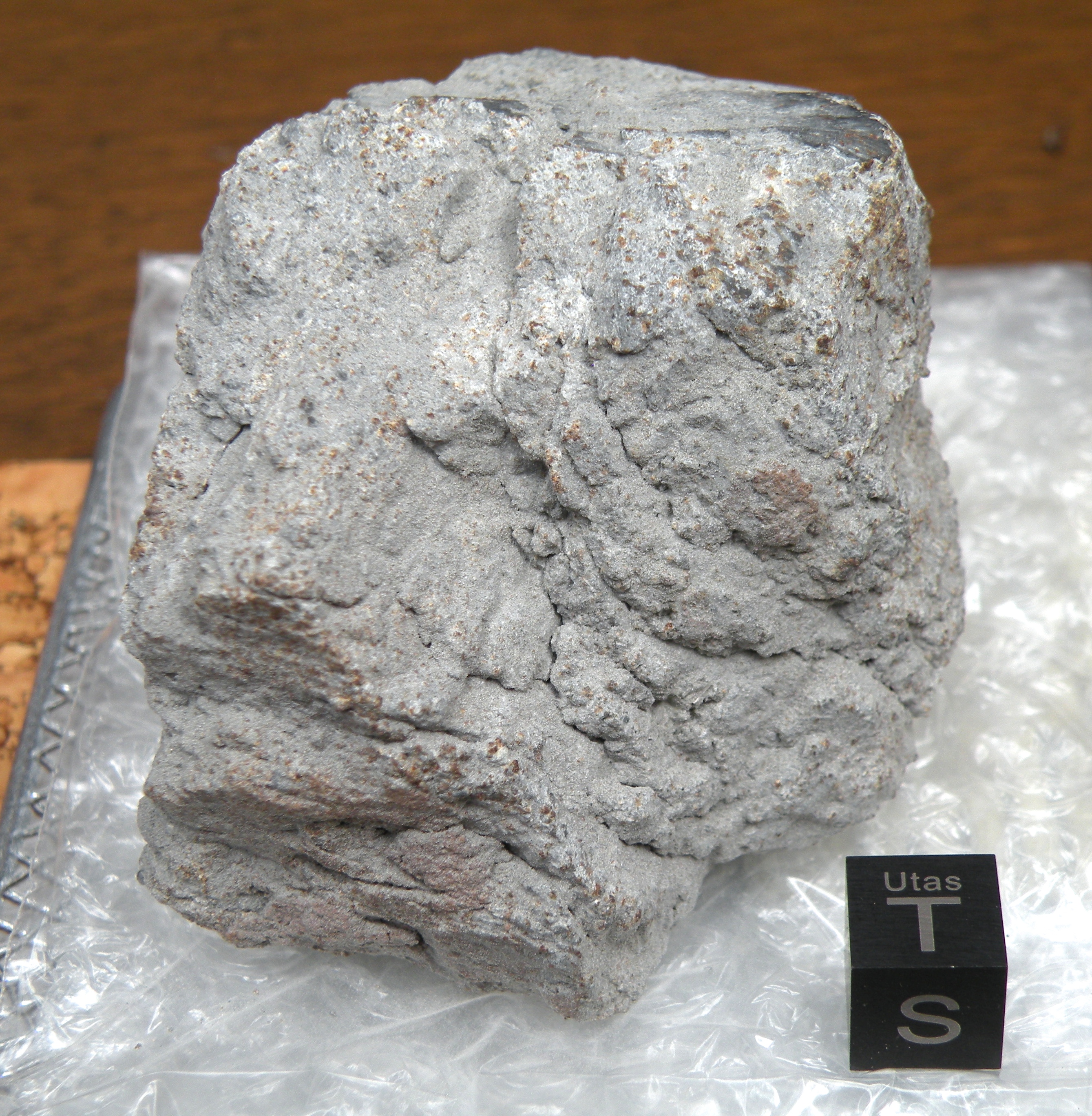 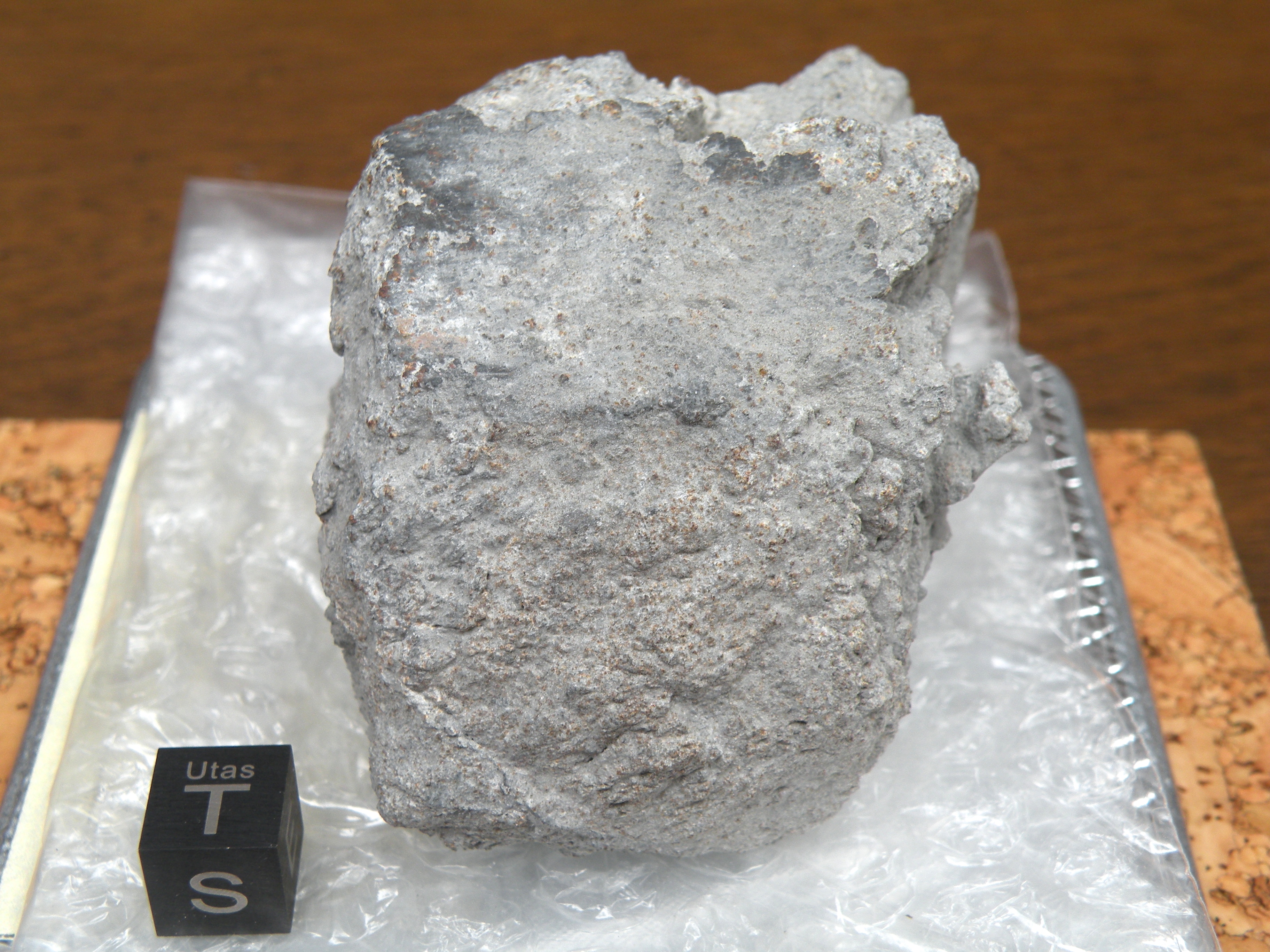 Here is a photo of the crater as of late 2014.  Sadly, it is being allowed to decay and will probably disappear within a few years.  Maybe someone will be allowed to dig the bulk of the meteorite up sometime soon! 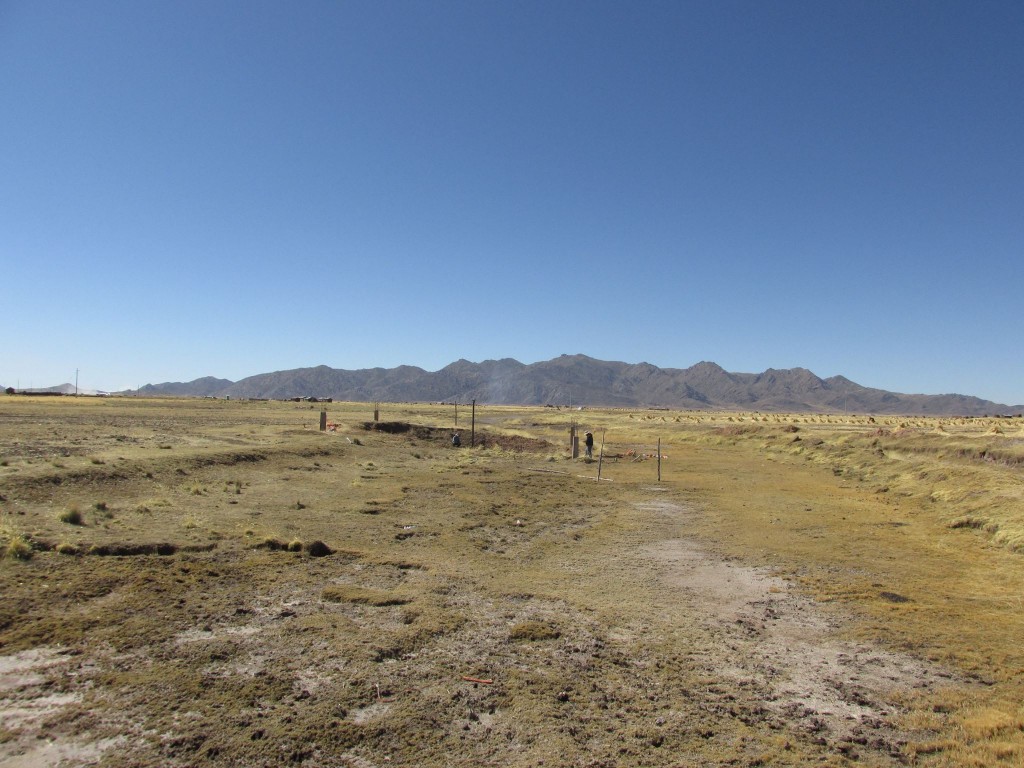