The single largest meteorite fall in modern history occurred on February 12th, 1947, at ~10:38 am local time.  In Primorsky Krai, a remote northeastern province of Russia, locals watched as a massive fireball and smoke train rapidly traversed the sky.  An artist, P. J. Medvedev, was sketching at the time of the fall.  He painted this picture, depicting the event: 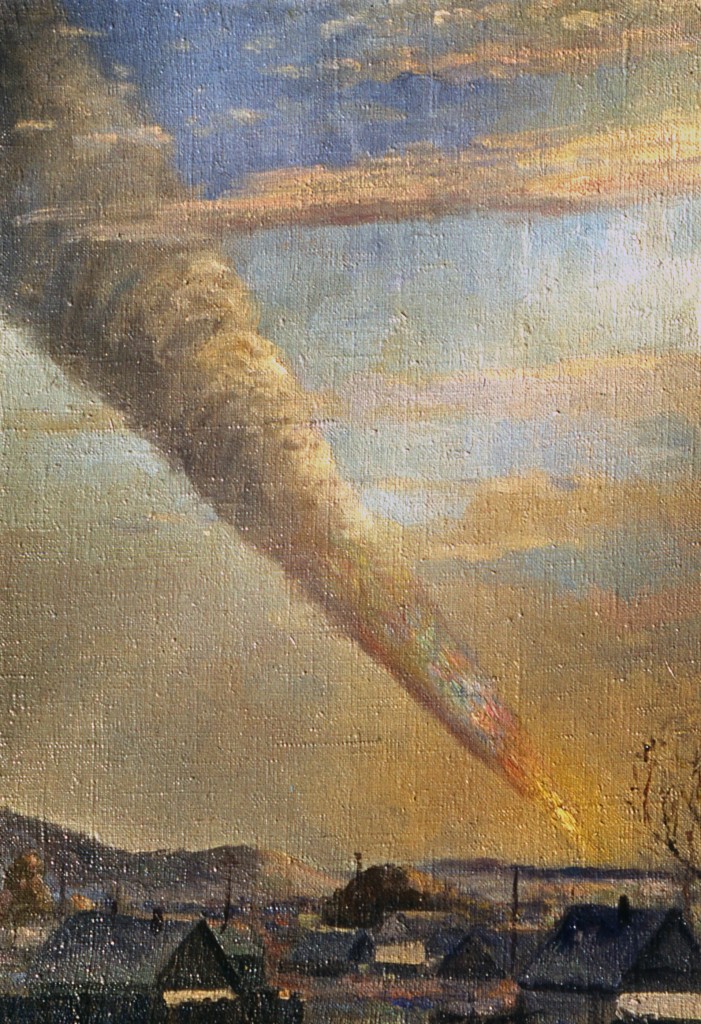 The flash from the terminal explosion and sonic effects were seen and heard over three hundred kilometers from the site of the fall.  The fragments that reached the ground made at least 120 craters and impact pits.  The largest crater measured over 26.5 meters across, and, according to Krinov, was made by no fewer than eight individual meteorites that all impacted in very close proximity to each other.1

The largest meteorites recovered were found in the smaller impact pits.  All of the larger meteorite fragments that survived the atmospheric passage to make craters violently shattered upon impacting the frozen ground and bedrock.  These destructive impacts produced the tonnes of shrapnel iron meteorite fragments commonly associated with the fall.  Jagged metal fragments weighing up to 45kg were found scattered amongst the craters’ rubble, laying about the surrounding taiga, and were often found halfway through any trees left standing in the immediate vicinity of the craters. 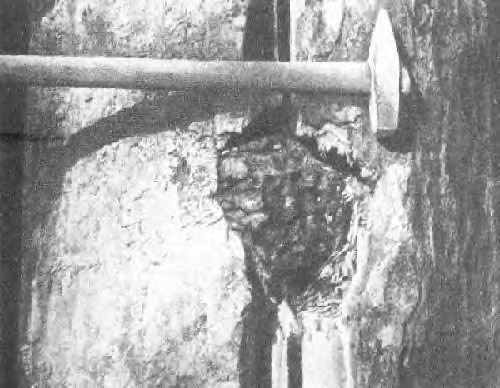 The estimated total weight of the meteorites that survived atmospheric entry ranges from 70 to 100 metric tonnes.  The largest recovered individual weighed 1,700 kilograms, and the smallest, per Krinov, weighed a mere 6 milligrams [1, see pg. 131].

A 1956 documentary chronicled early expeditions to the site, presumably led by E. L. Krinov.  English subtitles for the video were made by Sergey Vasiliev, of SV meteorites.

The only photo I have of our 21 kilogram individual is from an outreach event at UC Berkeley: 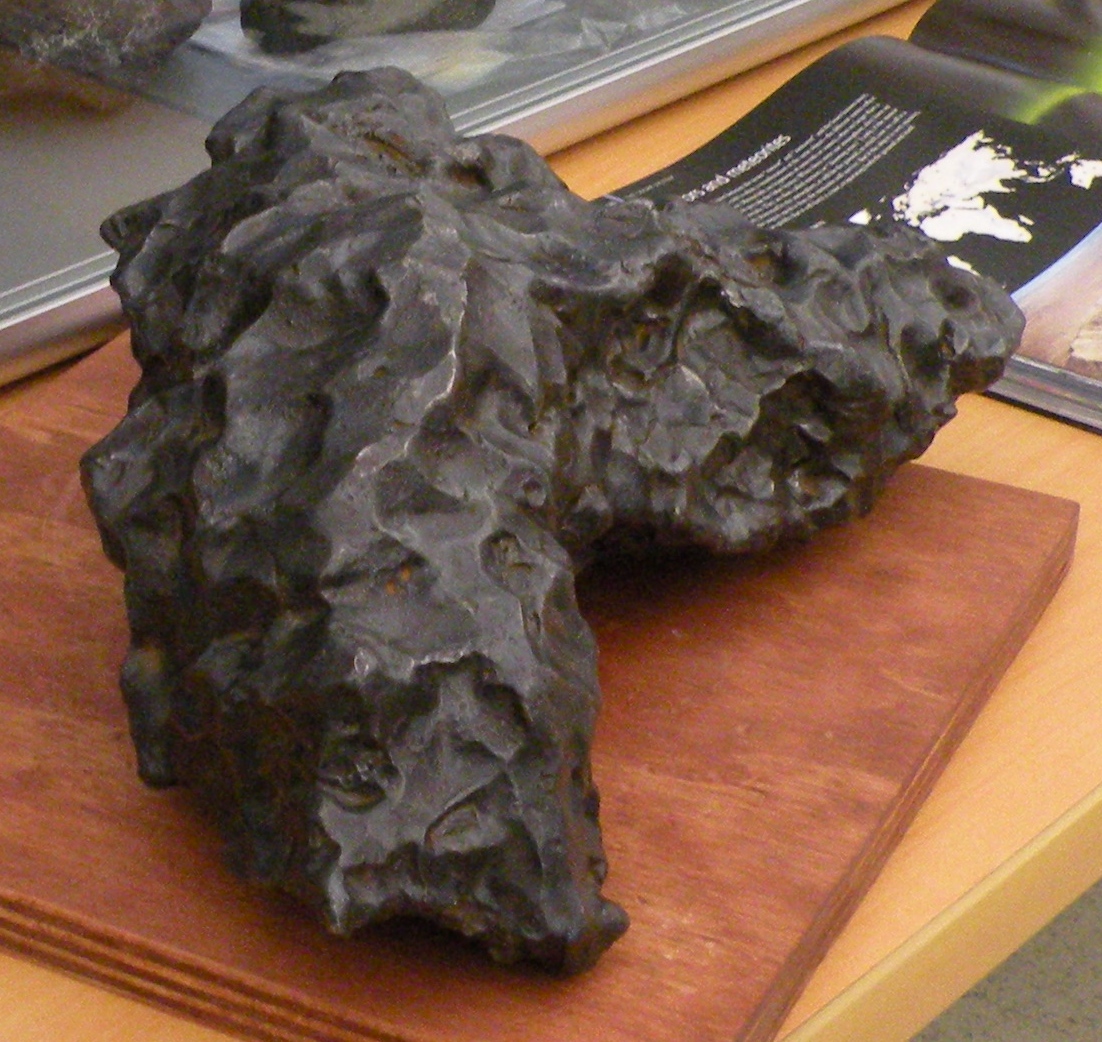 86 kilogram individual, torn side, smeared side from impact.  Lightly cleaned, light tan soil adhering in many places.  From Erich Haiderer. 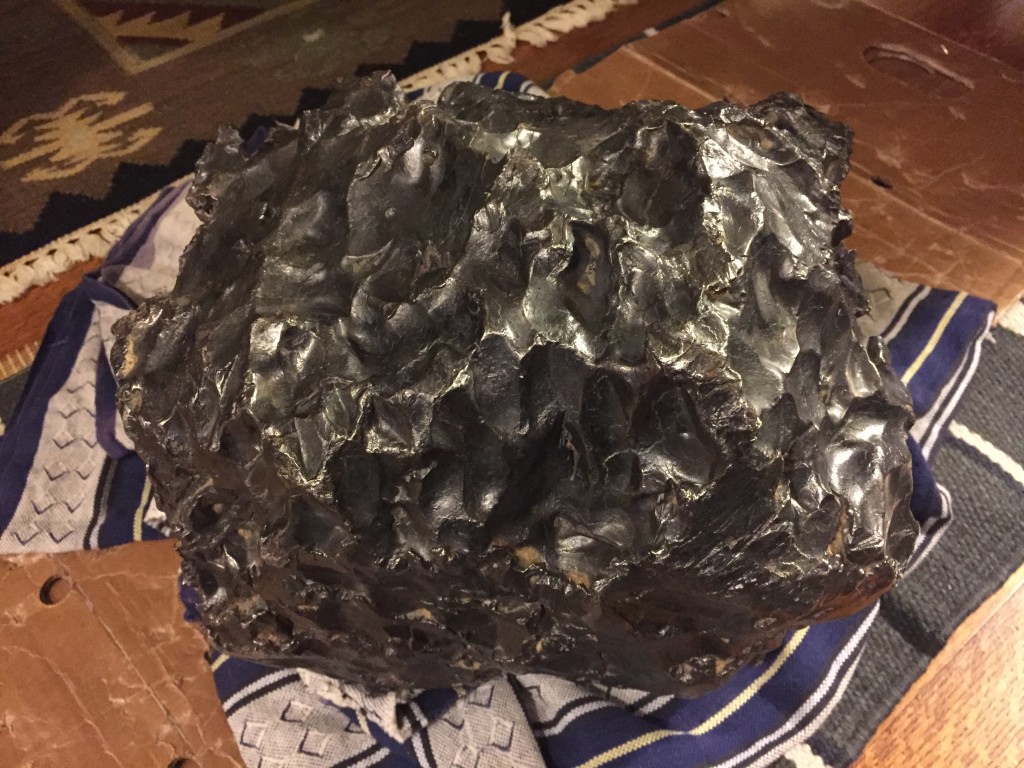 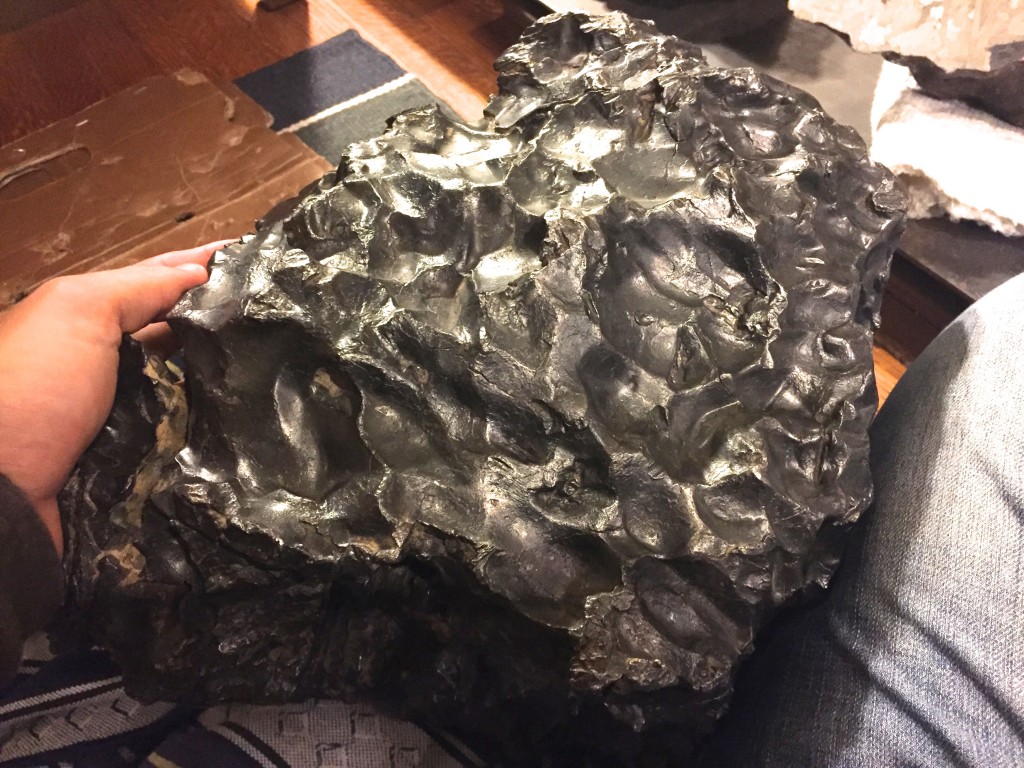 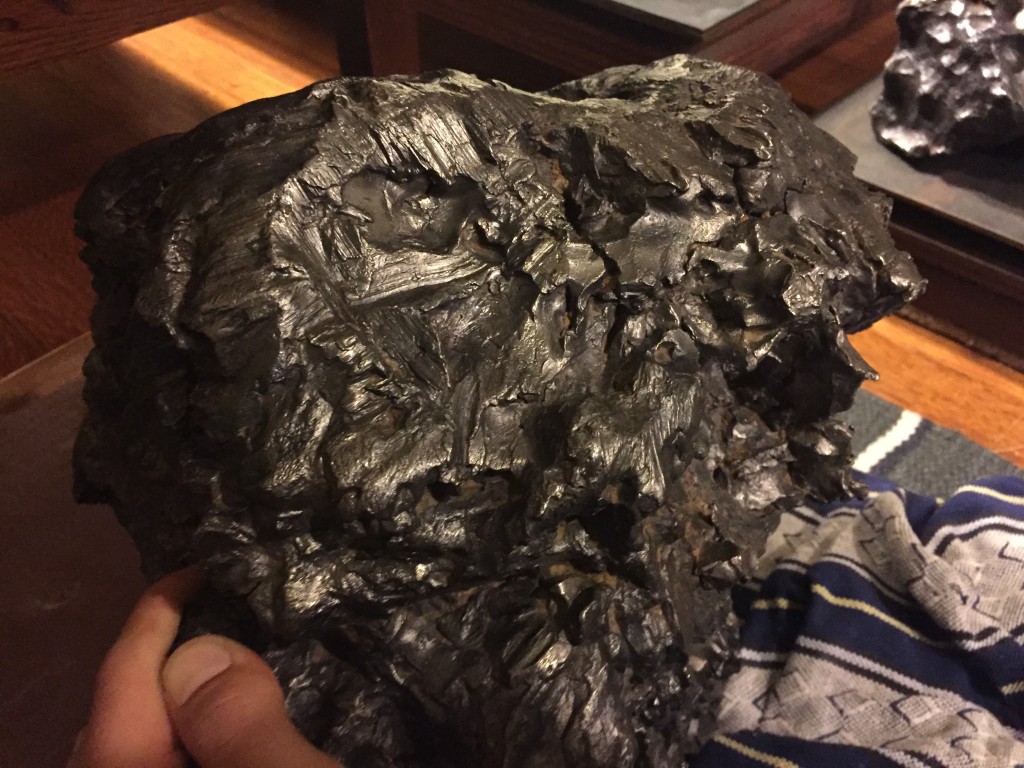 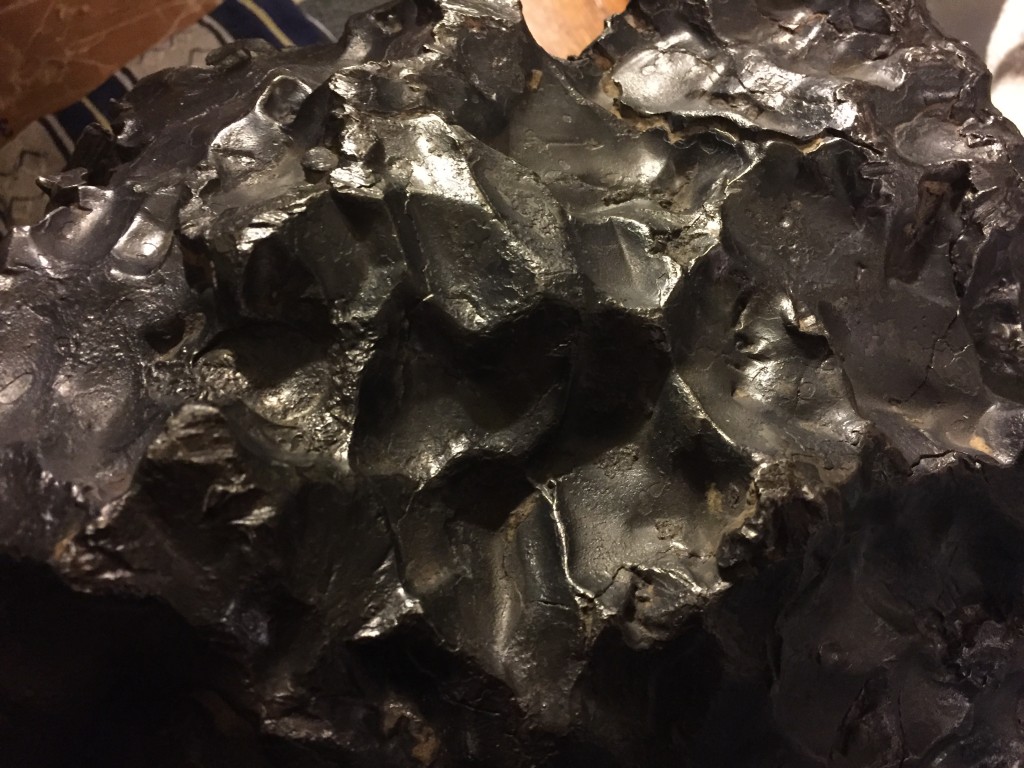 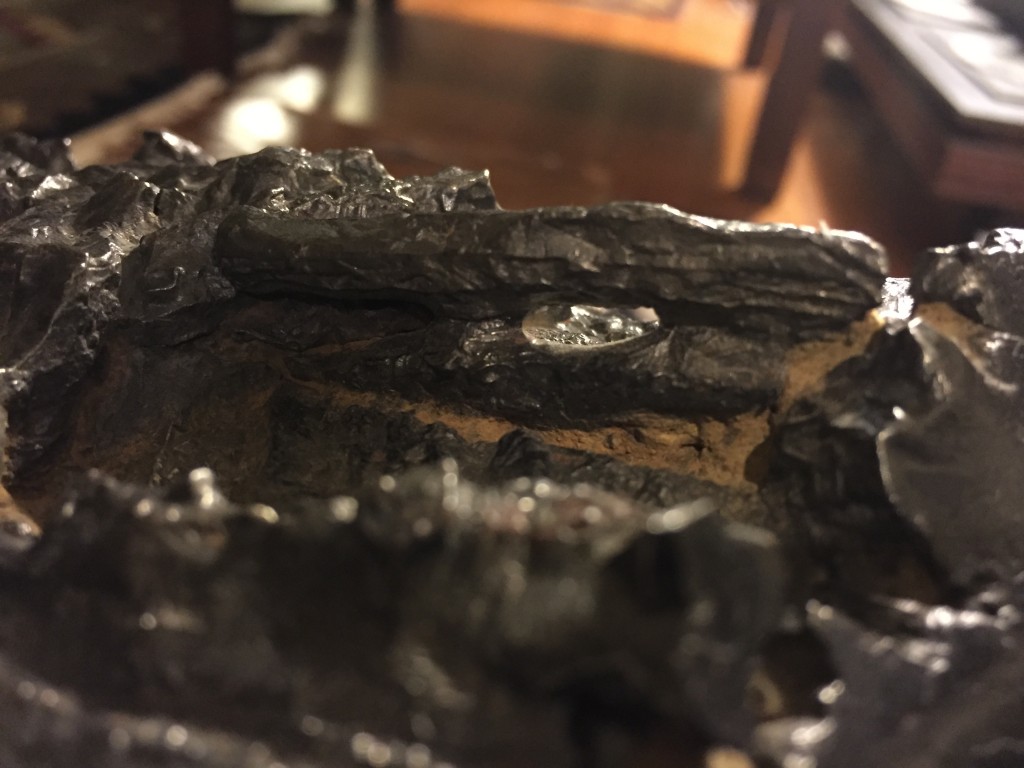 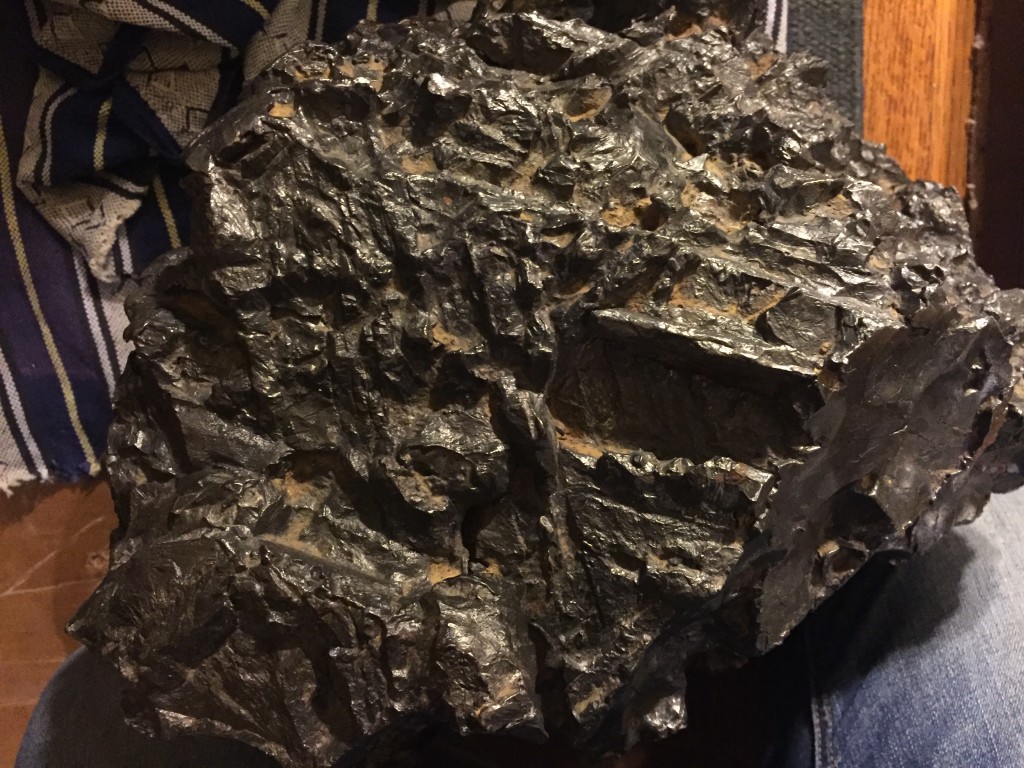 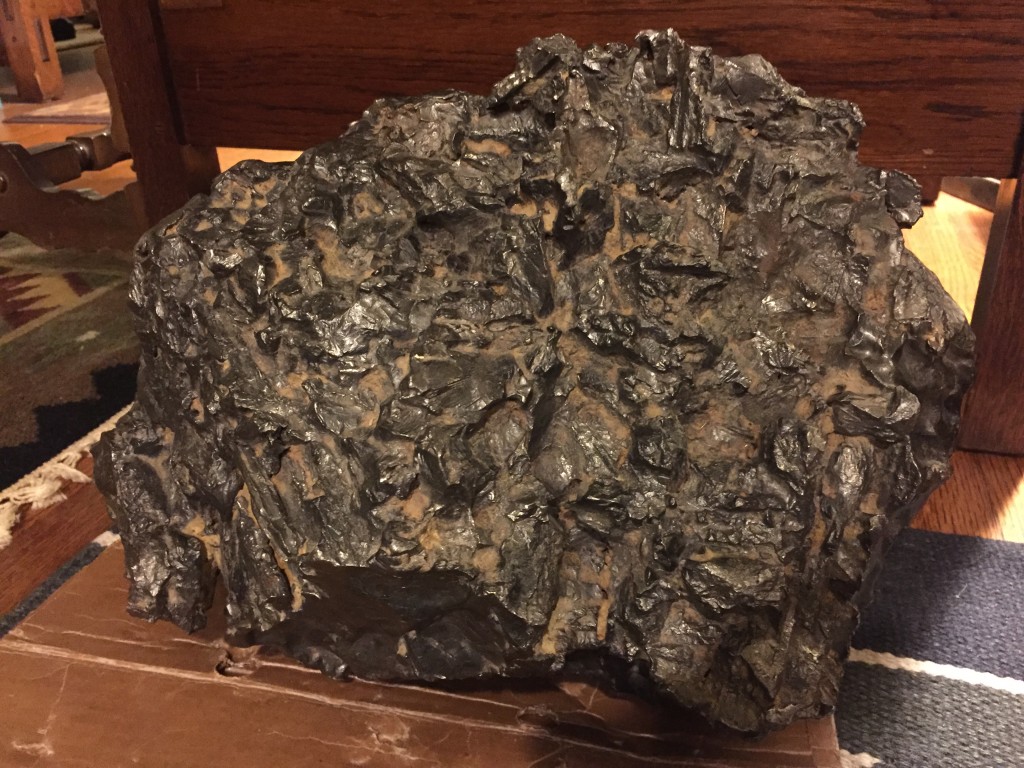 Here are a few smaller ones. 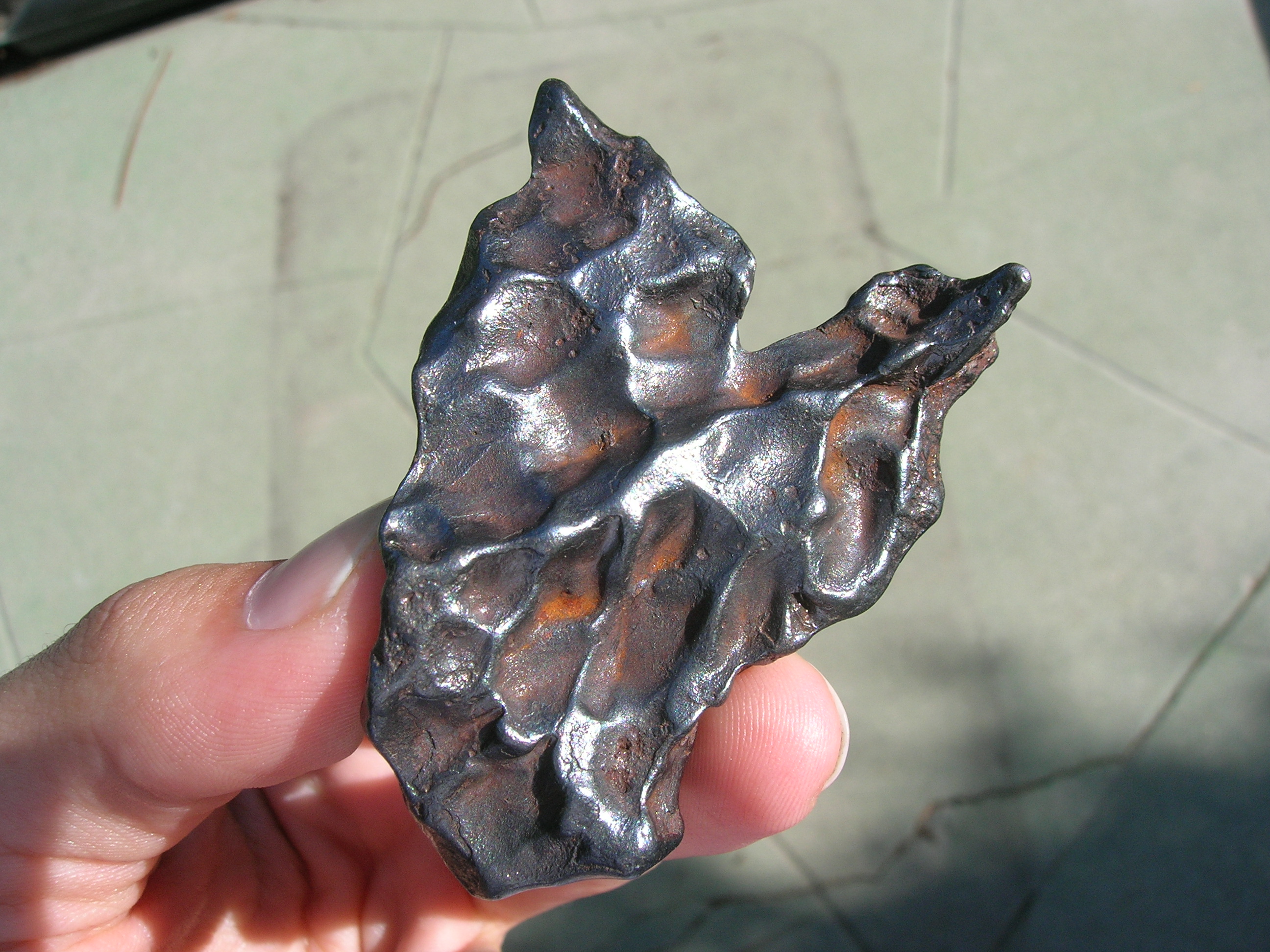 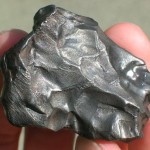 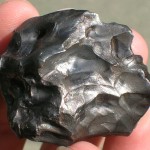 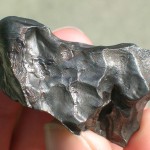 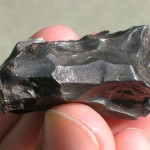 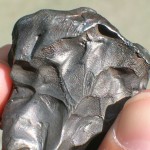 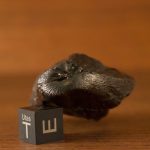 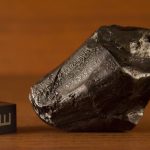 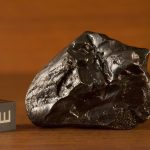 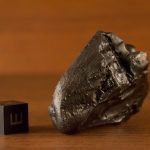 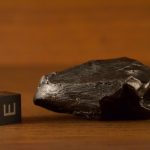 The last specimen is an odd oriented Sikhote-Alin; it’s so thin that the iron tempered through and shattered, not along widmanstatten lines, but randomly, because the iron had recrystallized due to the heat (it’s that thin).  I thought it might not be a meteorite at first, but it has flow lines.  Cool one. 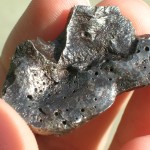 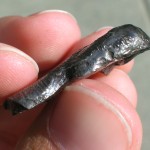 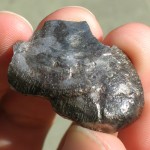