The first mass of Mount Dooling was recovered in 1909; it weighed 31.3 kilograms.  I wasn’t able to track down Simpson’s 1911 publication, “Two New Meteorites from Western Australia,” but a few works describe later finds from Mount Dooling.

This particular mass was brought to light in 1997, and is described briefly in The Western Australian Museum meteorite collection, by Alex Bevan (2006).

“In 1997 Mr. John Emmott brought a mass of meteoritic iron weighing 29.2 kg to the Western Australian Museum for examination. The meteorite was reportedly found in the area of the Mount Manning Range many years ago, and chemical data (J.T. Wasson pers. comm.) show that it is another mass of Mount Dooling. This latter mass was not acquired by the museum and, under the terms of the State’s meteorite legislation, ownership passed to the finder.”

It took several years, but John Emmott eventually obtained an export permit for the 29.2 kilogram mass, pictured below.  From the weathering/coloration, it appears to have been a surface find. 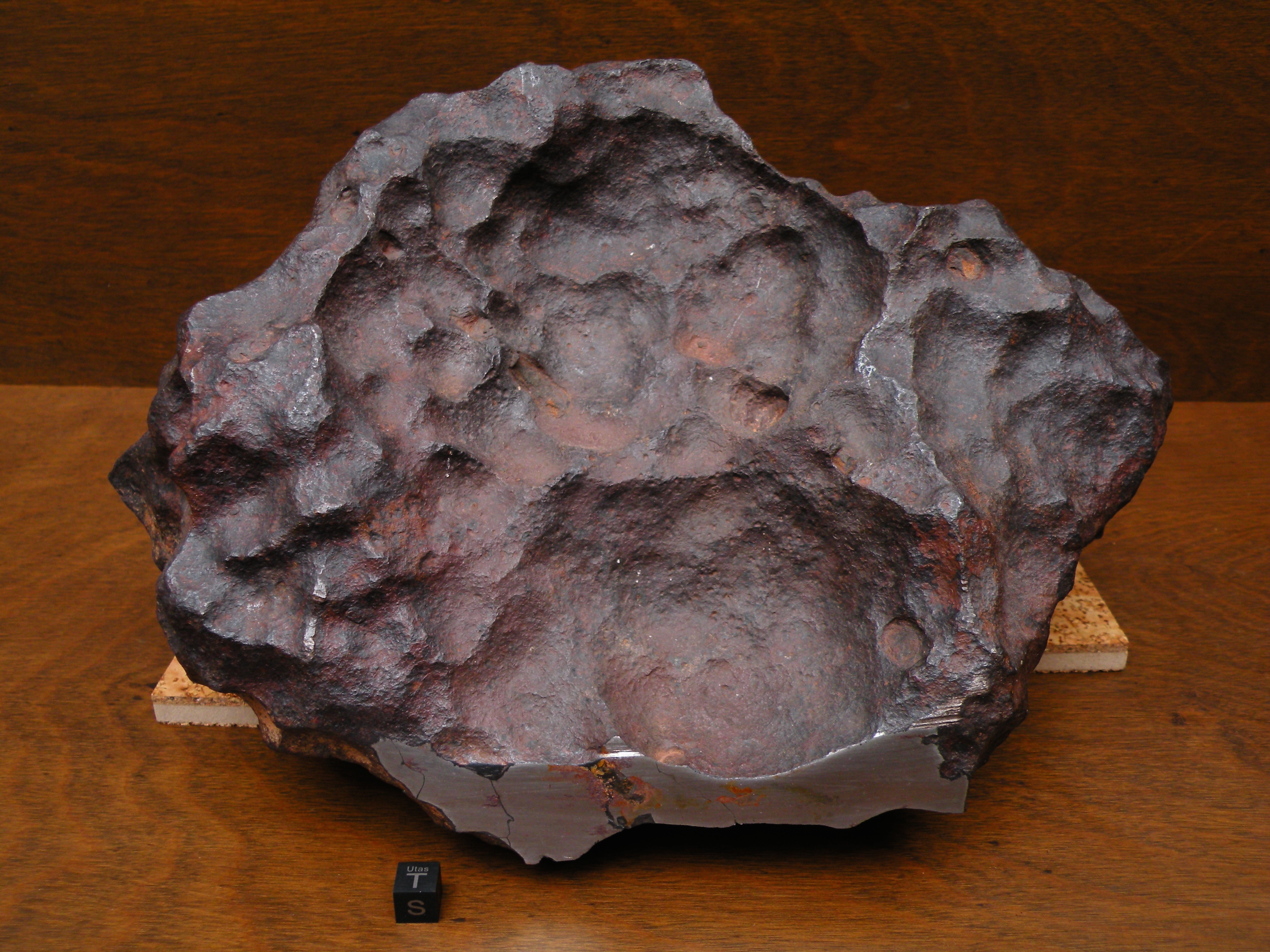 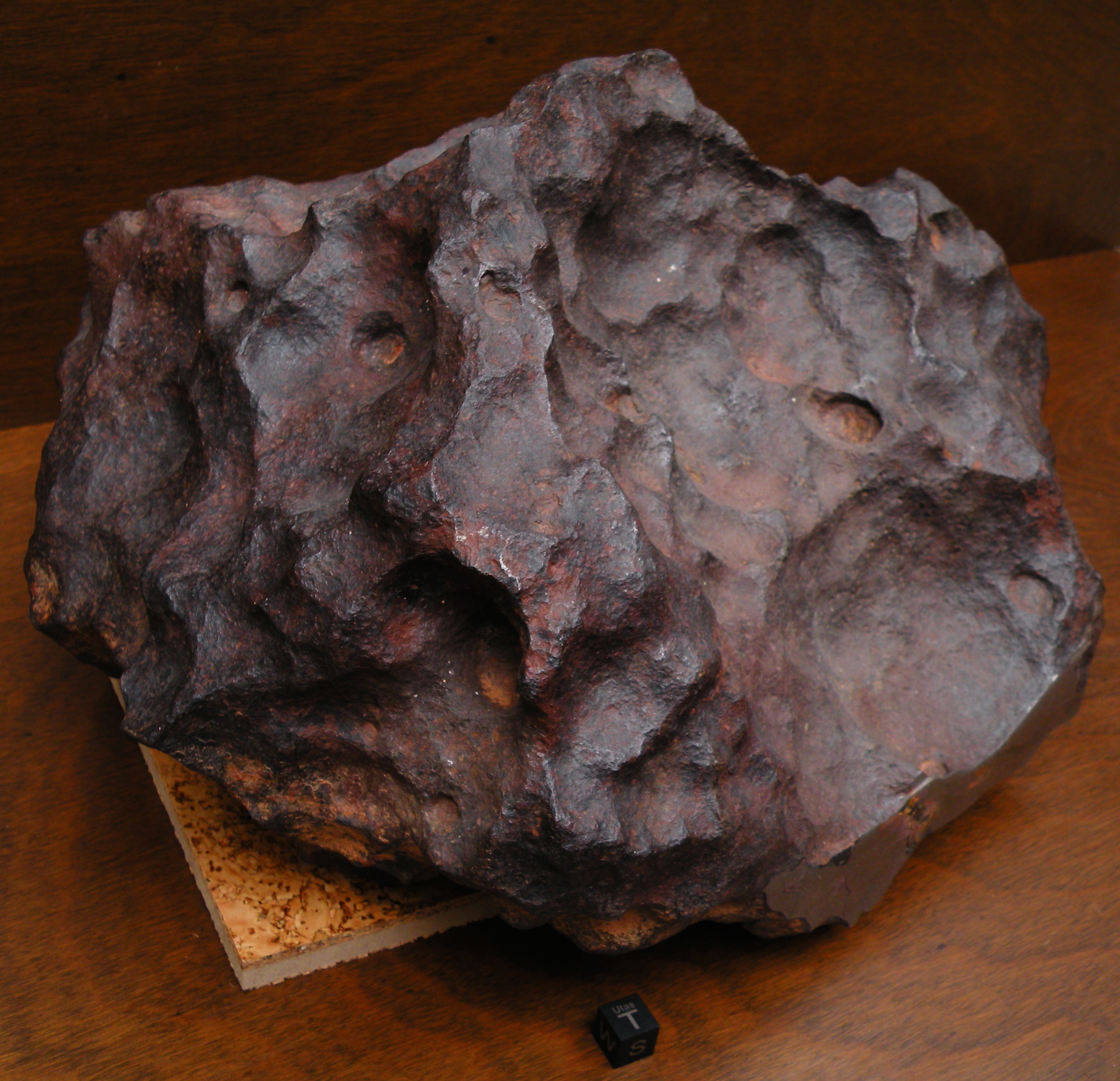 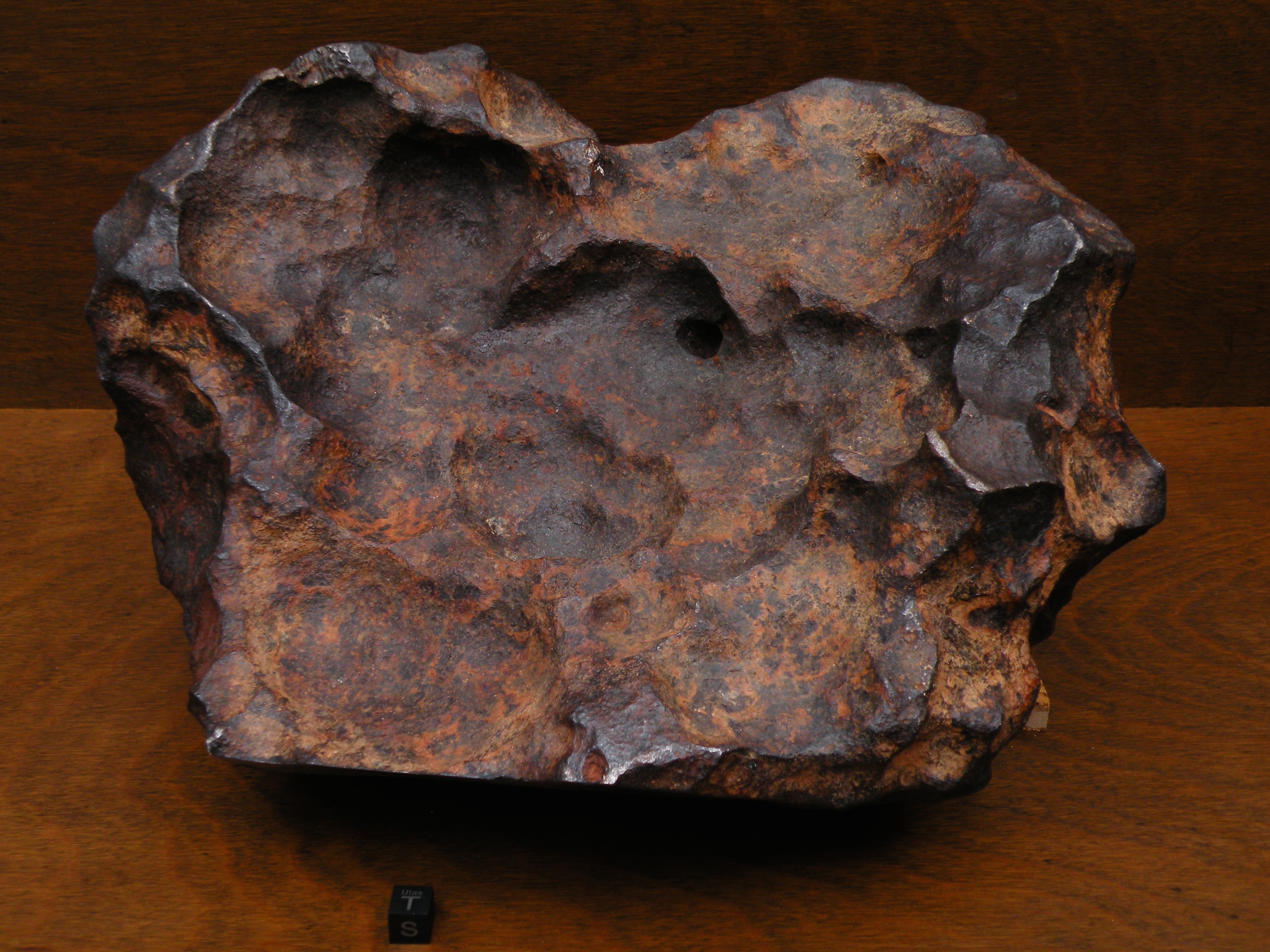 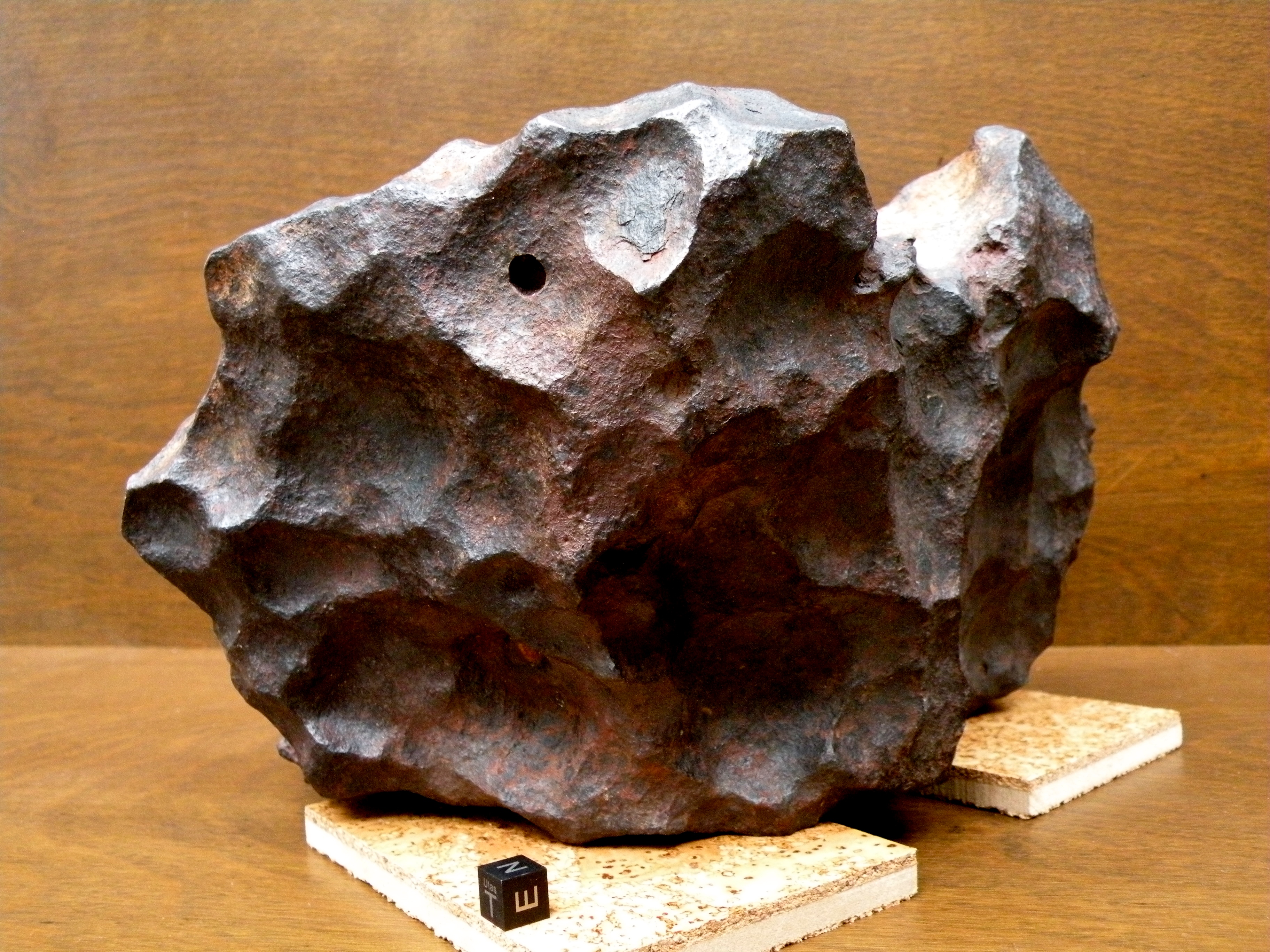 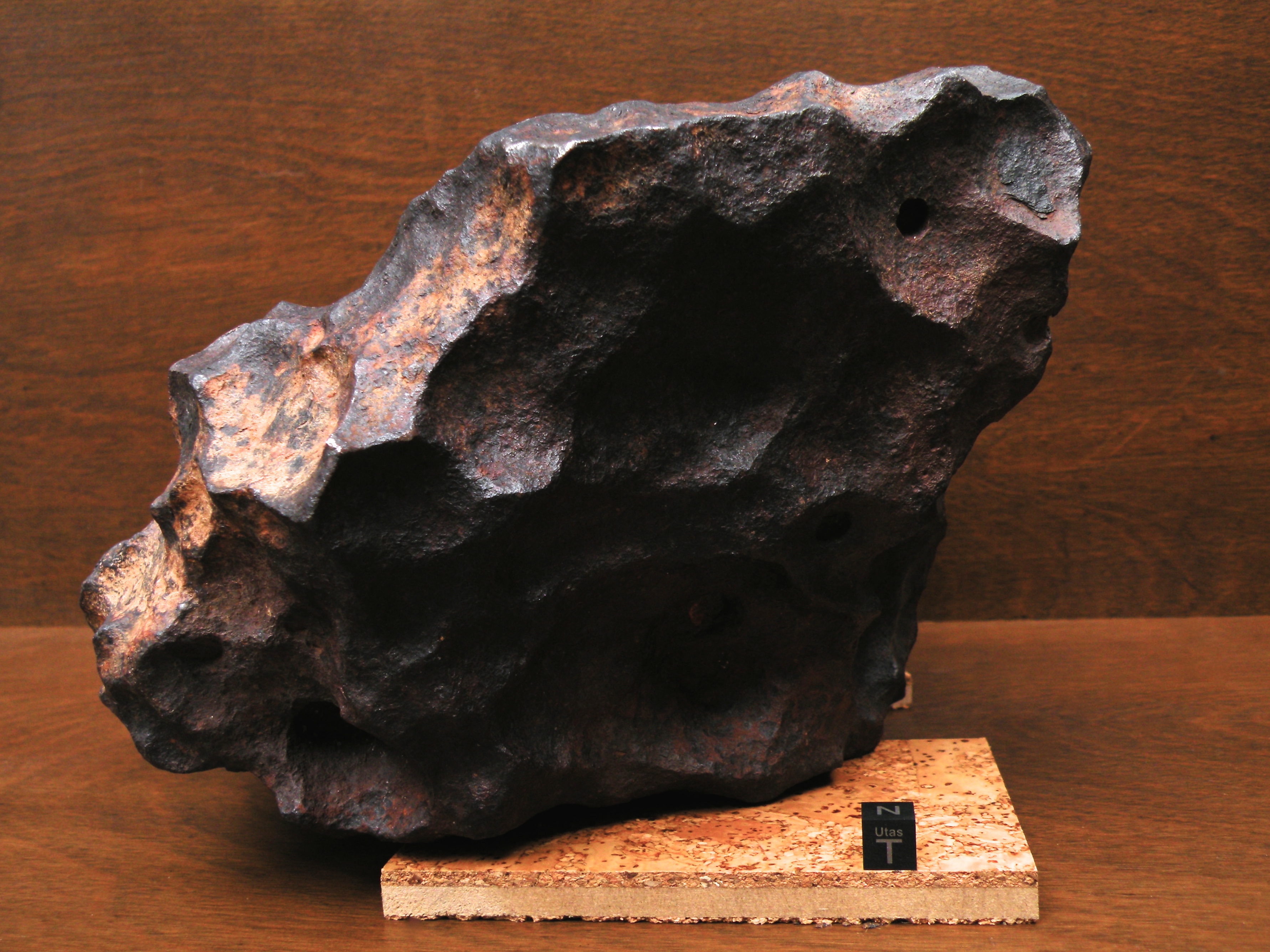