From Peter Jenniskens at NASA’s SETI Institute: 2014, January 20 – A team of nine (Peter Jenniskens, Jason Utas, Michelle Myers, Wendy Guglieri, Herb Tanimoto, Nancy Hoood, Barbara Broide, Steve Herrin and Kevin Heider) searched this area on January 17-19, but no obvious meteorites with black fusion crust were found. Local residents were engaged and we hope that someone will find one of the rocks with thin black fusion crust.

Michelle, Barbara, and I left for Tranquillity in the wee hours of Friday morning in anticipation of the 3 1/2 hour drive.  No breaks.  Arriving just after 11AM, we found ourselves at Mac’s Equipment, a local hardware store with a fine meeting area and excellent coffee.  It was there we met up with the folks mentioned above, some of whom were familiar faces from Coloma!

The trajectory and winds were laid out, with a projected search line passing just West of the town proper.  The meteoroid had entered the atmosphere with an unusually low velocity: 14 kilometers per second.  It was small — perhaps a foot or so in diameter — and witnesses had watched it fragment into at least three main bodies.  The CAMS network had caught the fireball while it was fairly high, and we didn’t (and still don’t) know the altitude at which the fireball fragmented.  That put the strewn field on a line, but, depending upon the fragmentation height, the field could plot on either side of our location.

After some show and tell with locals and fresh meteorites, we were on our way to the field of a local friendly farmer.  The field hadn’t been turned in months, but the soil was clayey, with many clumps being fist-sized or larger.  Finding a small stone amongst such a background would have been difficult, but we walked the rows.  Herb discovered a heavily corroded iron nozzle, and others found some small jasper specimens, but that was the sum of our finds for the location.

We hurried back into town to catch a bar-b-que fundraiser for a local school trip, and made it in the nick of time.  The chicken’s home-made rub was a good one.  We met a kind farmer at the event who pointed us in the direction of some large clear fields to the NW of town, right on the predicted line!  We spent the last few hours of the day here, to no avail.  Some manganese ‘meteorwrongs’ were picked up near a railroad track.  Here are the photos from day one. 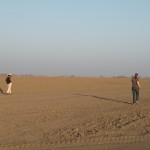 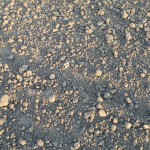 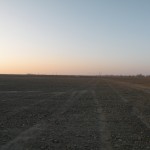 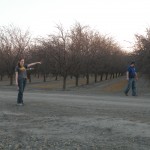 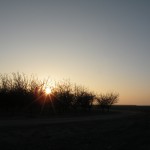 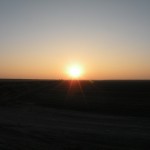 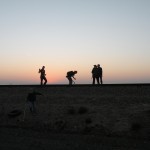 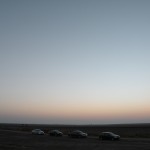 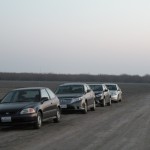 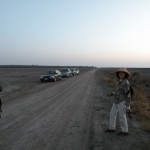 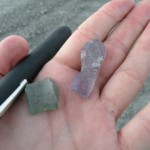 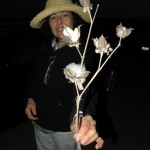 Day two dawned bright and early; we all met at a local church for the (apparently weekly) pancake breakfast.  We did another small show-and-tell for attendees, making sure to keep the rocks away from stray syrup.  Afterwards, we walked some streets in town and then headed off to a local almond orchard whose owner was again kind enough to grant permission to our group.  Nothing was found, but that day counts amongst the most pleasant hunts that I can recall being on.  It was a beautiful place, albeit devoid of ugly black rocks.  Sadly, I was focused on the hunt and didn’t think to take any photos that day, but a few of the photos from day one are similar.

That afternoon, Dr. Jenniskens put some additional work into his predicted trajectory, and realized that the wind data was off.  Up was down, and down was up!  Our current location was correct for larger stones, but we had to head elsewhere for a better chance of finding something in general.

That night, Peter, Steve, and I had a look at the NOAA Weather data I’d stored ahead of time.  Lo and behold, something stood out!

We devised a plan of attack for the next day and headed to sleep.

The good news was shared at Dennys the next morning, and we departed fairly quickly.  The hunt began in earnest; we organized and split up.  All roads in the immediate vicinity of the returns were hunted.  Most fields appeared to have been ploughed or seeded very recently.  We walked all day, sadly without any luck. 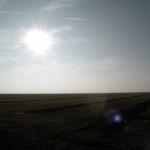 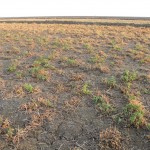 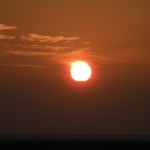 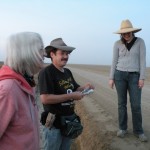 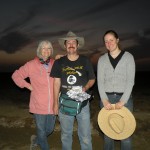 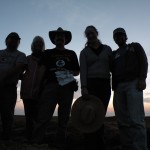 We may return this coming weekend — it just depends on available time.  If any locals stop by this page, please visit the Ash Creek page for some photos of what is likely to have fallen in your town!